So we got a little adventurous at ID Africa for our 2nd Anniversary and took a trip to the ancient city of Abeokuta by rail. Sounds like fun, yeah? Well, not so much.

Travelling by rail from Lagos to Abeokuta is not for the faint-hearted and most definitely not for the ‘cool kids’. And because we saw our team mate, Ose – a certified cool kid – go from Ajebutter to something like a sachet margarine during our trip, and wouldn’t want you to suffer the same fate, we are sharing these 10 reasons why you should never try such a thing in your life!

1. The Smell: As soon as you step into the premises of the Railway Corporation’s Lagos Terminus located at Iddo, you’re assailed by the pungent smell of urine that has accumulated for decades. Not the most appealing welcome right? We thought so too. 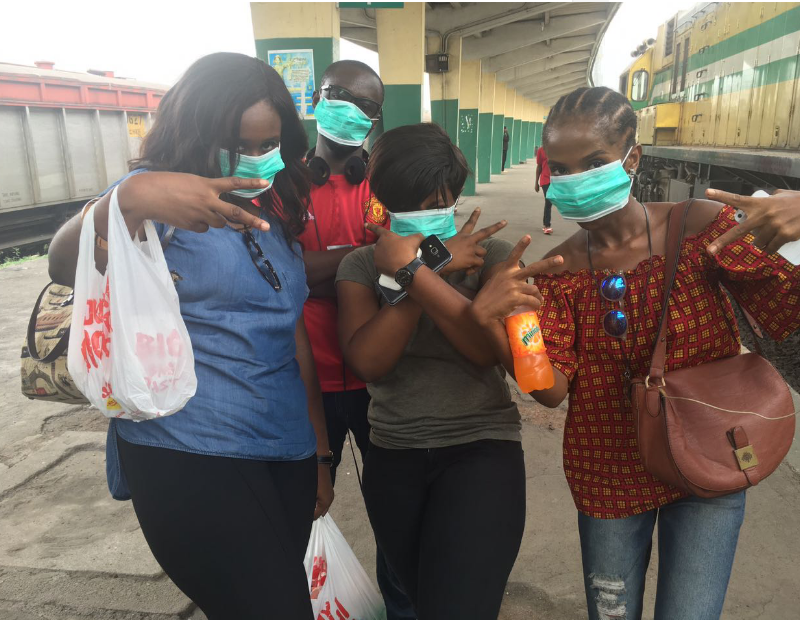 2. An Eyesore: There is no perfect backdrop for your cool Instagram photos. The terminus is an eyesore – for lack of better words. The faded walls are literally begging for a good scrub and more than a coat of paint. 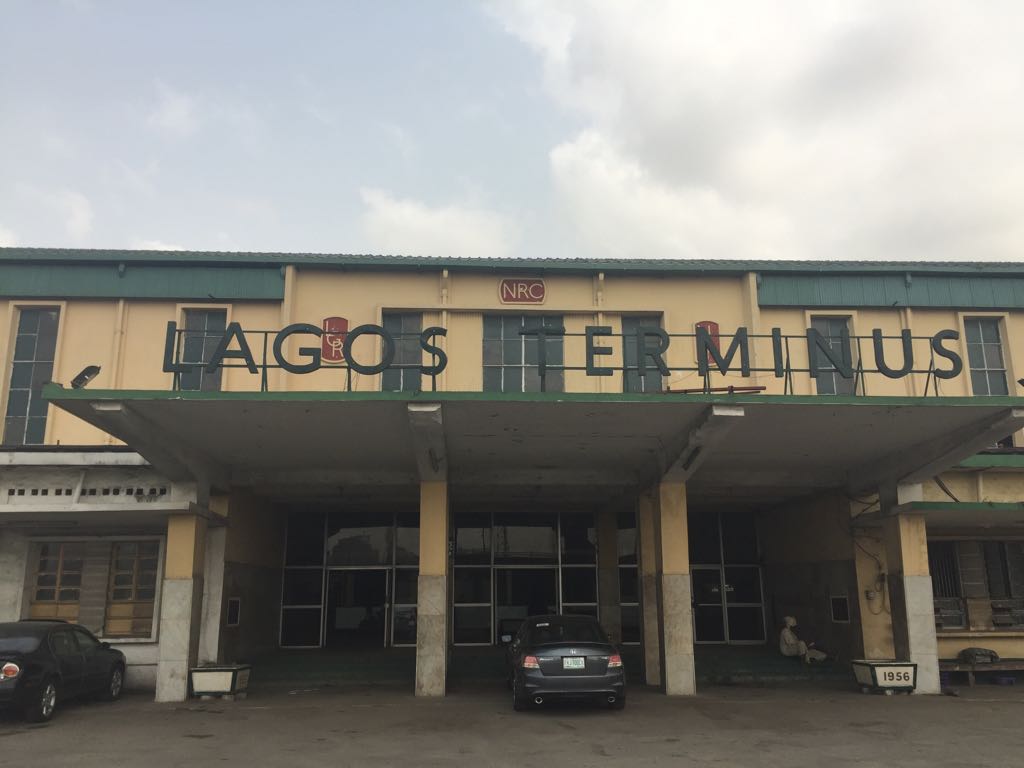 3. Sorry, No Photos: Oh and talking about pictures, they are simply not allowed. Within seconds of whipping out our phones to start documenting our trip on Snapchat, we were rudely interrupted by a stern-looking security man who told us in the harshest tone he could muster that it was an offense to take pictures in the train station. 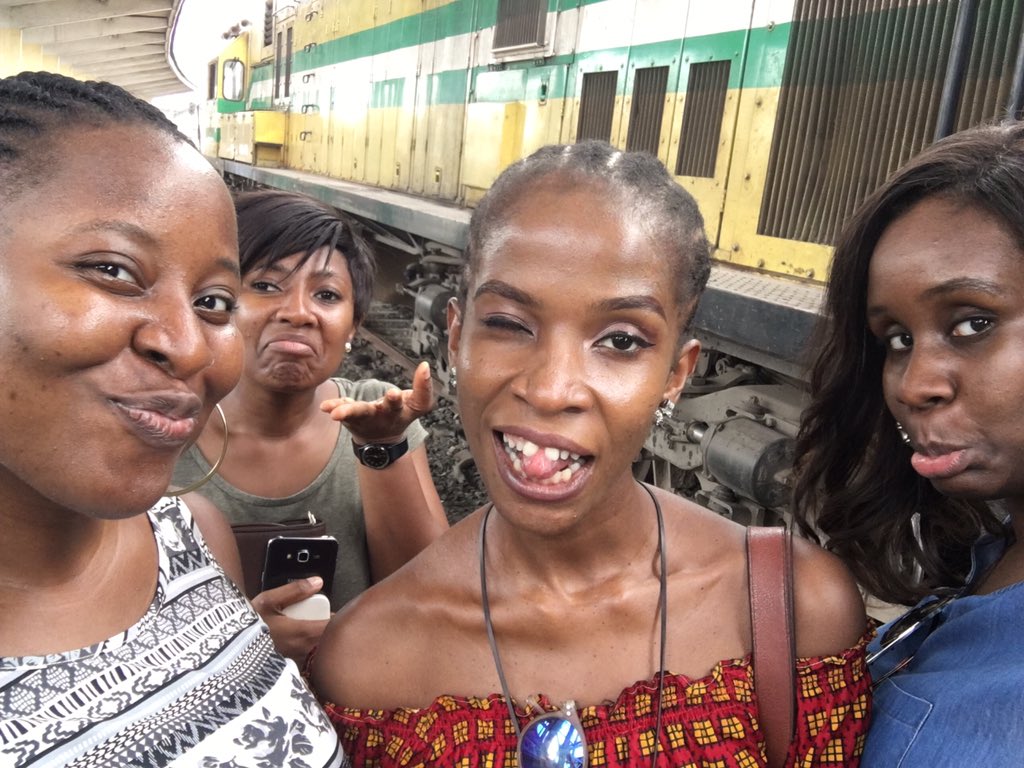 4. Faux Class: There’s a sign inside the terminus that reads, “First Class Lounge”. Don’t get too excited; it is a farce. The station managers will tell you that the first class section is “currently undergoing repairs” but judging by the look on their faces and what we know about these institutions, they’ve been using that line since the beginning of time and it’s not changing anytime soon. So you have no other option than to buy the Regular tickets, along with a thousand other (not ‘cool kids’) people. 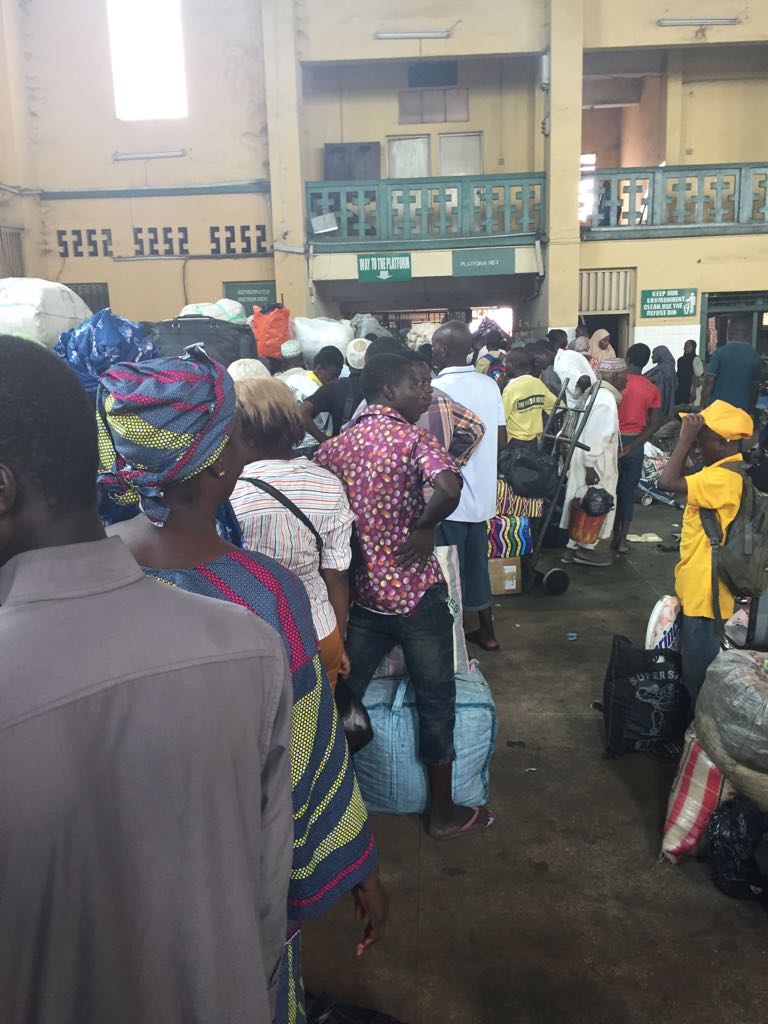 5. The Queue. The Rush: You cannot deal with the long queue and mad-ass rush! It is like nothing you’ve ever seen. The only thing that comes close is the registration queue at the NYSC Iyana-Ipaja camp. You’ll be pushed and stepped on by travellers carrying bags of garri on their head and there is nothing you can do about it.

6. The Sardine Life: After all the pushing, you finally cross the boarding gate and make it to the train gasping for breath. Well, congrats. Your troubles just began. You’ll find yourself sharing sweat and exchanging breath with a thousand other strangers because you all will be packed like sardines in a stuffy cabin with neither air conditioning nor a working fan. 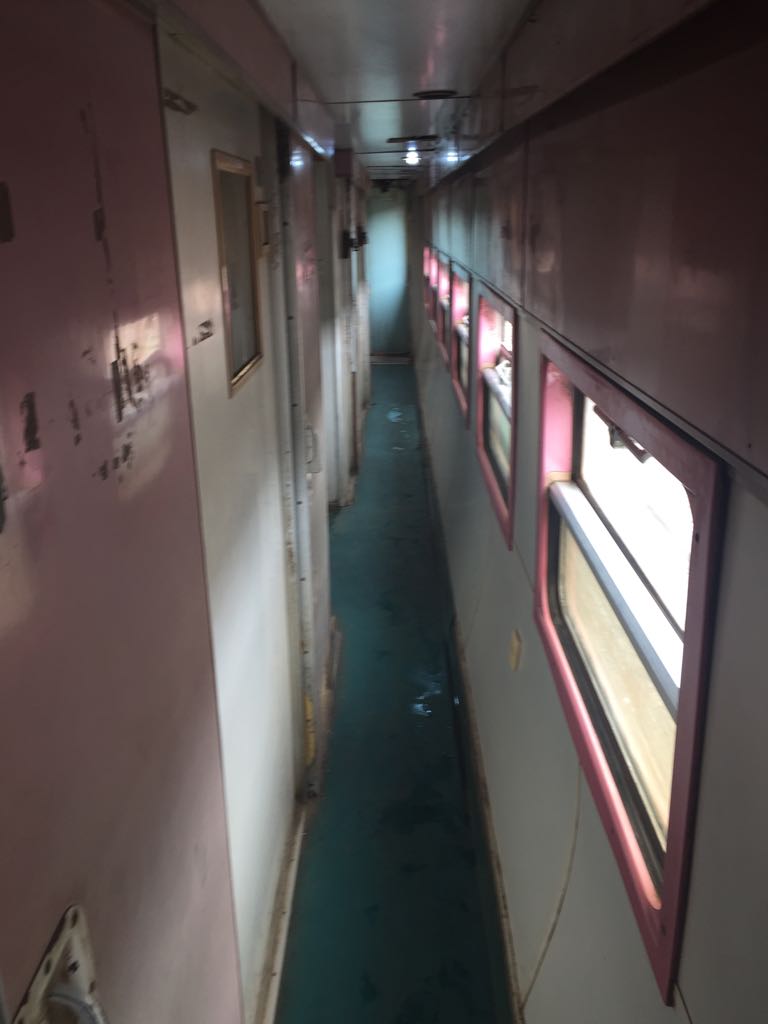 7. The Upgrade: When you decide you can’t take it anymore and go looking for someone to save you from the mess you’ve gotten yourself into, you’ll find a staff who is willing to ‘upgrade’ your ticket at a price four times higher than the usual fare, and because she has saved you from a near-death experience, she’ll expect you to “find something” for her and you will because well, you’re not an ingrate.

8. Cabin Life: You’re then whisked away to the “upgrade” – a tiny cabin that you and five other people who have also paid for the same upgrade will have to share. The six of you can barely fit into the tiny space but you’ll settle in the best way you can and be thankful for small favours like a working fan. 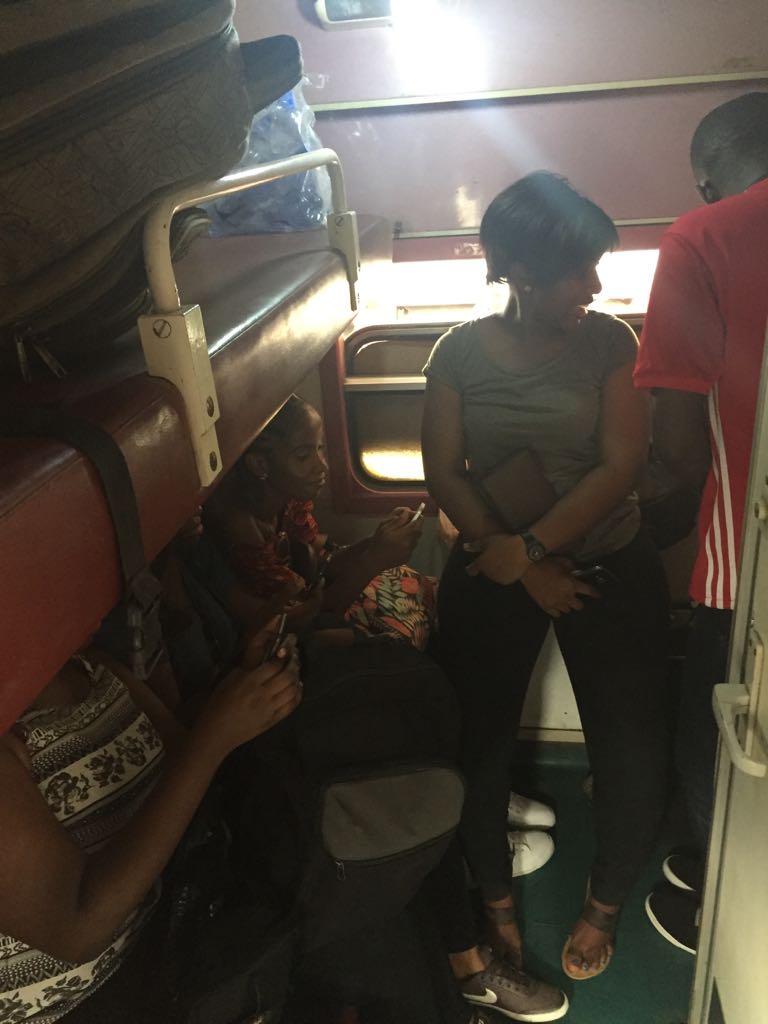 9. The Wait: Then the wait for the train to take off begins. 30 minutes will turn to 1 hour, an hour to 2 and the train is still rooted to the same spot with no one bothering to give an explanation as to what the cause of the delay might be. By now, your adventurous spirits would have dampened a great deal but you still persist because you don’t want to be a chicken. Four hours later, the train finally revs up and gives a loud hoot. Halleluyah! 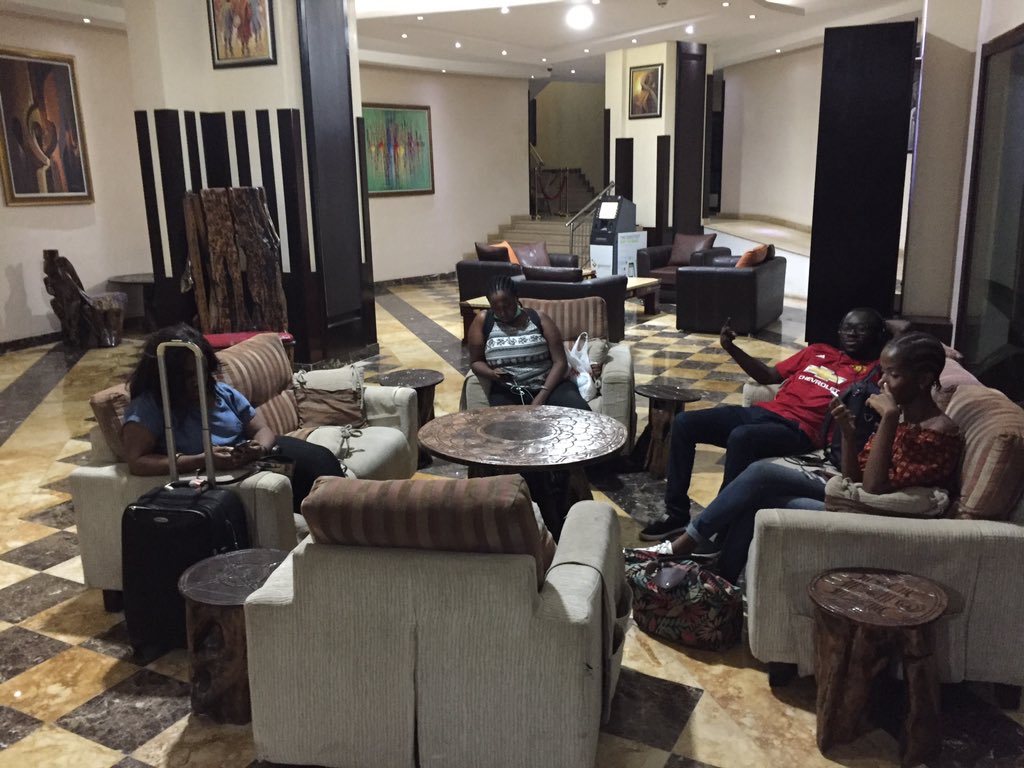 10. The Destination: But it will move at snail speed and will make several stops along the way to pick up other passengers and by the time it arrives Lafenwa, the terminus at Abeokuta four hours later, it’s already too dark to see much of the ancient city laden with so much history. You can barely keep your sleep-laden eyes open anyways because just like Ose, your butter has finished melting. 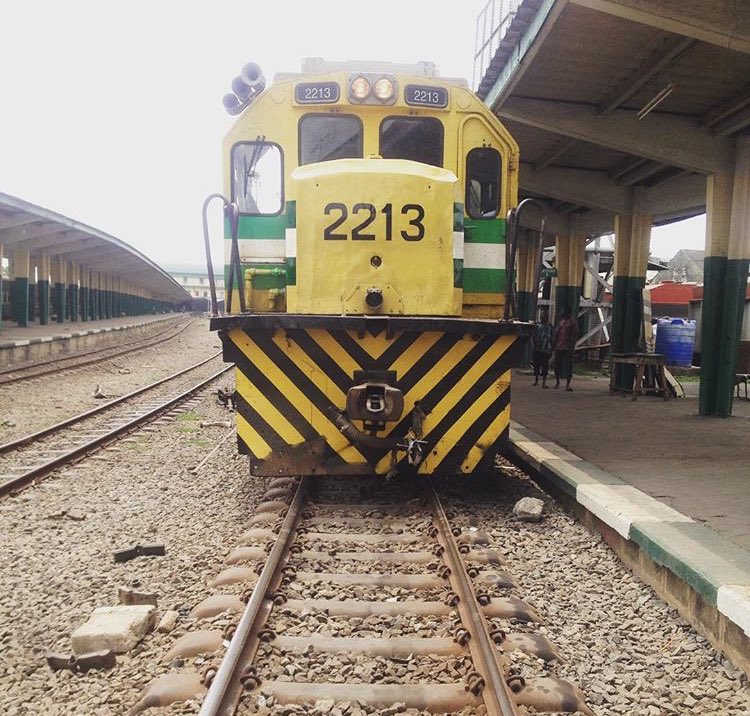