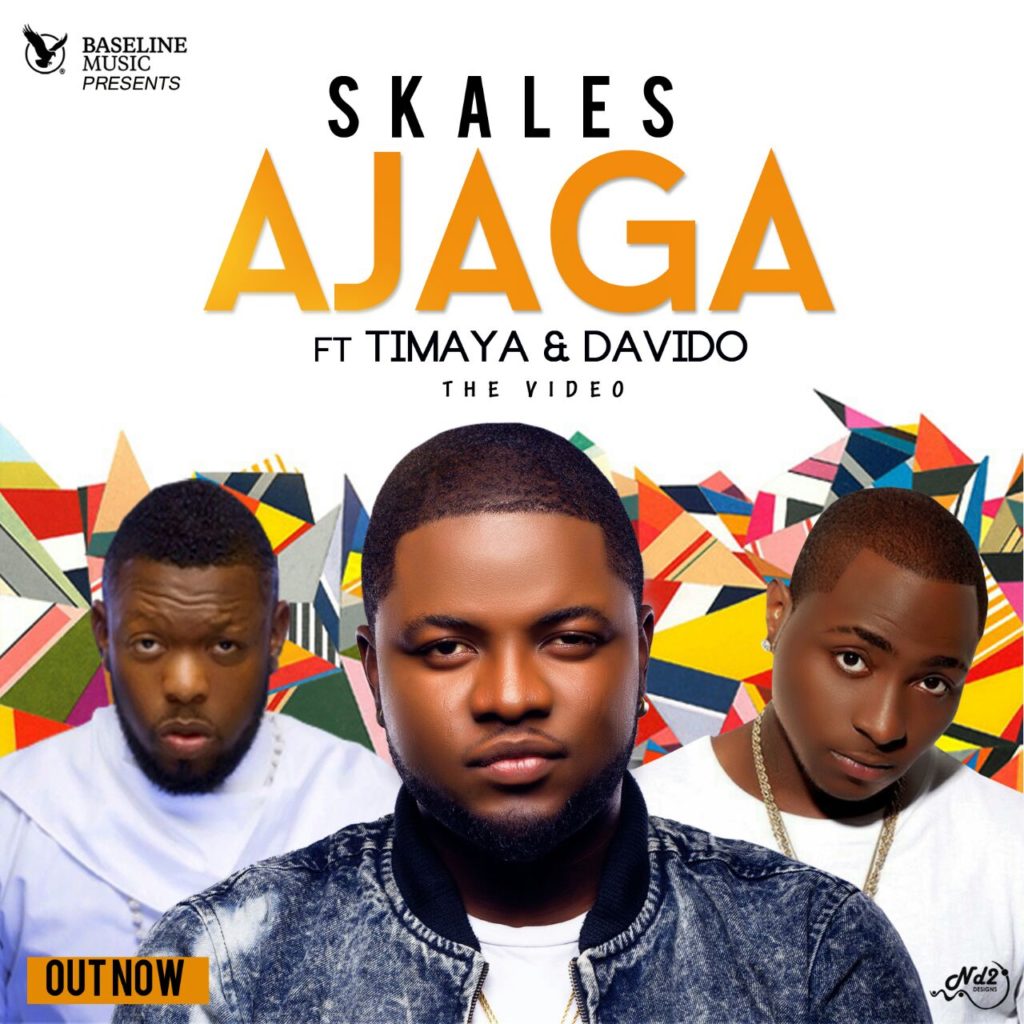 “Here it is, world! The wait is over. I want you all to know I put in a lot to this piece – the artistic value is overwhelming. I want to use this medium to thank my brothers @davidoofficial and @timayatimaya for your contribution in making this beautiful work of art a success. To my amazing fans; this is from me to you – it’s because of y’all I do this. Click the link in my bio and enjoy!”

Directed by HG2Films, the video has since made the rounds across social media platforms with hundreds of fans expressing their excitement and commending the singer for his effort in the video.

The video boasts a variety of radiant colours; making it visually appealing with a number of eye-popping ladies in their bikinis; gyrating heartily.

Davido and Timaya, however, displayed a side of them that isn’t often seen as their meritorious chemistry with Skales easily complimented one another; making every scene incredibly intriguing.

Skales has revealed his long-awaited album ‘The Never Say Never Guy’ will be released sometime in April 2017.

Countries in the southern hemisphere will experience ...