American rapper, Drake has moved on from his failed relationhip with his 47-year-old ex, Jennifer Lopez as he was spotted getting intimate with vitiligo queen, Winnie Harlow. 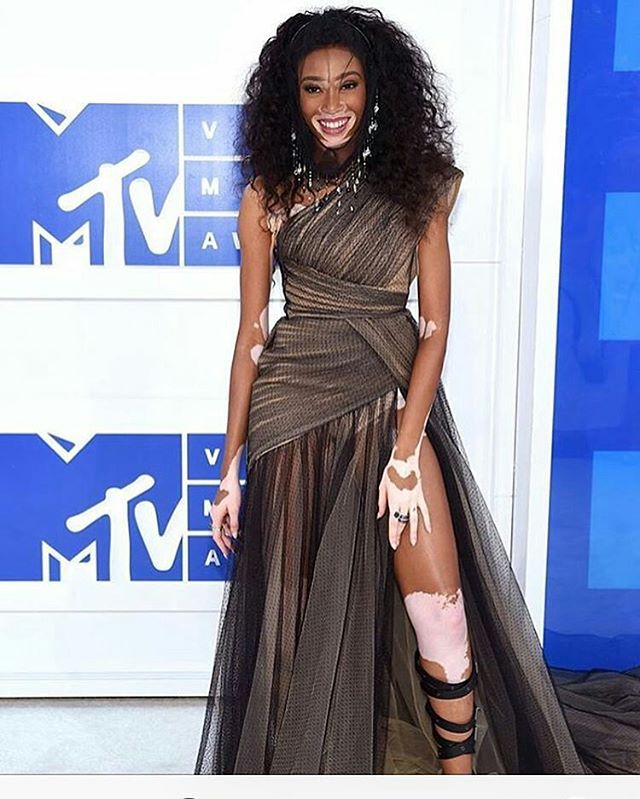 The rapper who was with Riihanna then Serena Williams and more recently, Jennifer Lopez has sparked dating rumors following his night out with the model at a London club.

Drake who is in London for a couple of shows was seen getting cosy with the model as they both danced intimately at a private party he hosted at the Libertine nightclub.

The rapper was reported to have partied hard with the model till about 5:00am in the morning.

A source who spoke to Sun said: “Winnie’s night started at West End club Cirque Le Soir but she quickly left the club to meet up with Drake at Libertine, which is nearby.”