British Vogue has been accused of racism after they omitted only the name of Justine Skye in a post they shared on twitter. They shared the photo above and mention the names of models, Kendal, Lily and Bella while they referred to Justine Skye as ‘co’.

Twitter users accused them of being racist saying that they omitted the name of the only talented person in the photo because she is black. Justine Skye has also reacted to the tweet on her twitter page. 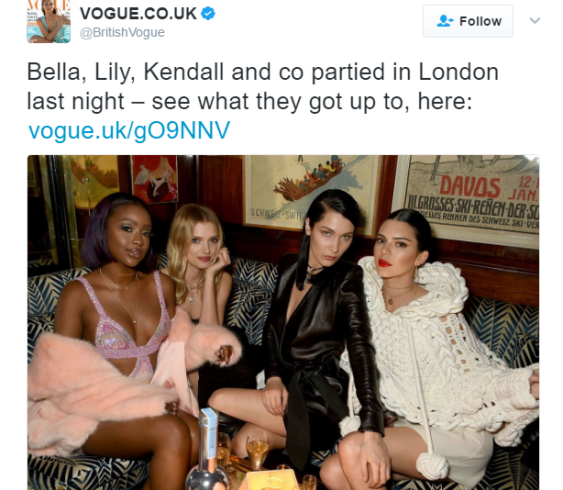 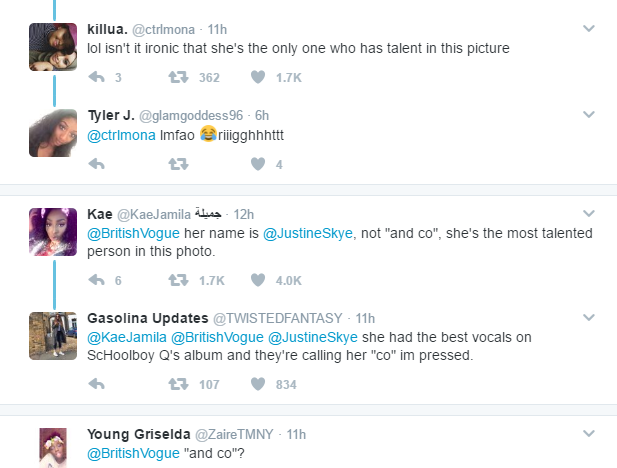