The Big Brother naija housemate focus for this week is Thin Tall Tony. Thin tall tony was among the first housemates to get to Big Brother House, he has a clique in the house of  Bisola, Marvis and Efe.

He is married with 2 kids and from the situation of things, his wife has been described as the love of his life.

He has a love interest in the house, which is Bisola. All through the weekend Thin Tall Tony has been trending on Twitter for denying his wife and later became a topic when he nominated Efe for eviction yesterday, 21st of February 2017. 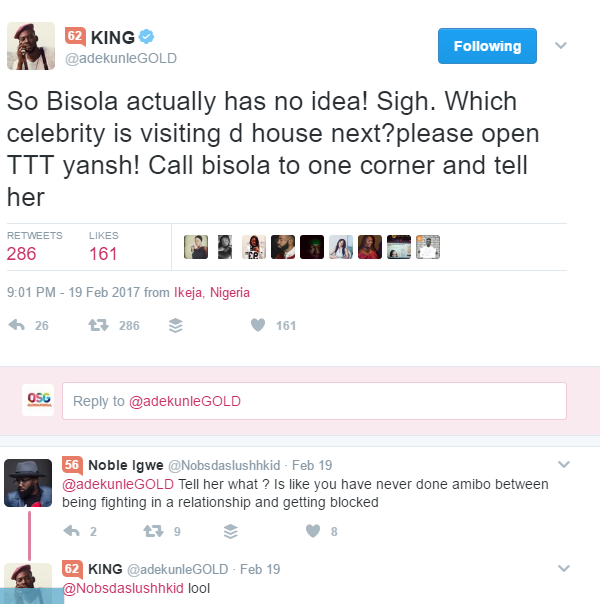 He nominated Efe and Ese for eviction. It’s a competition right? So they should know at some point in time they will start nominating each other. From the reactions of people on twitter he nominated Efe too early and it hasn’t gotten to that life or death situation yet when you have to nominate your biggest competition.
Given that Efe saved TTT 2 weeks ago when he was up for nominations and swapped him with Gifty, Lots of people reacted to him not being loyal. 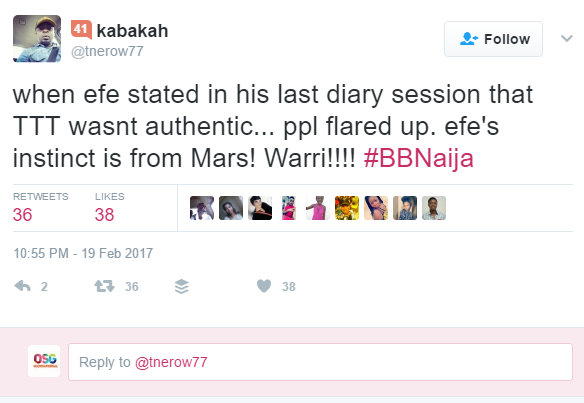 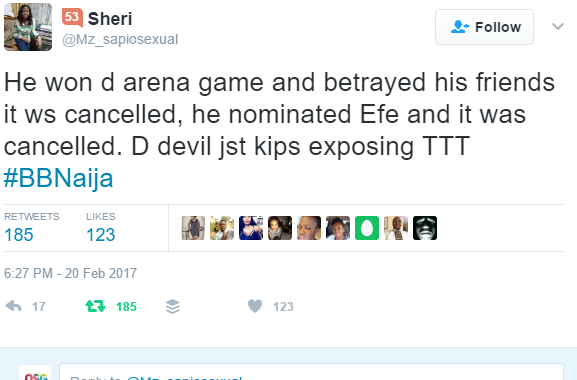 WATCH BISOLA AND THIN TALL TONY PLAY UNDER THE DUVET