In what could be thought as somewhat difficult situation of feedback from concerned Nigerians; over her husband breaking their marital vows with all he’s been doing with fellow housemate Bisola, ThinTallTony’s beautiful wife, Laraba, has turned off the comments on her Instagram page.

This switch notably has to do with those pictures that feature her husband who is currently in BBN house. 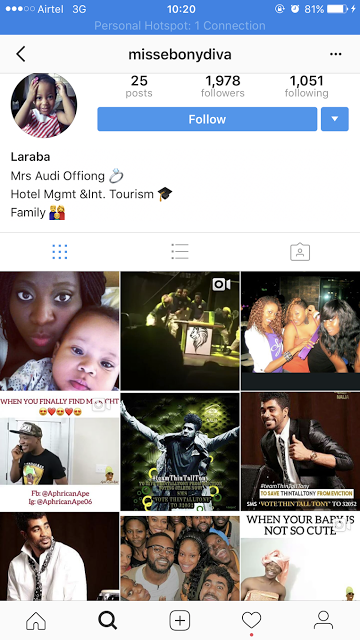 TTT and fellow housemate Bisola have been glaringly playing husband and wife-for over a while now- since becoming occupant at Big Brother Naija, of which many have been lashing out on the married husband (TTT) for such infidel conduct which appeared to have reached the peak last night.