Skales Talks Sophomore Album on Cover of Sunday Plus Today!

Raoul John Njeng-Njen popularly known as Skales is on the cover of today’s Sunday Plus inside Nigerian Tribune newspaper.

In this interview with Segun Adebayo, the singer talk about his soon to-be released sophomore album, relationship and collaboration with Wizkid and his new single ‘Temper’ featuring Burna Boy which is the latest street anthem. 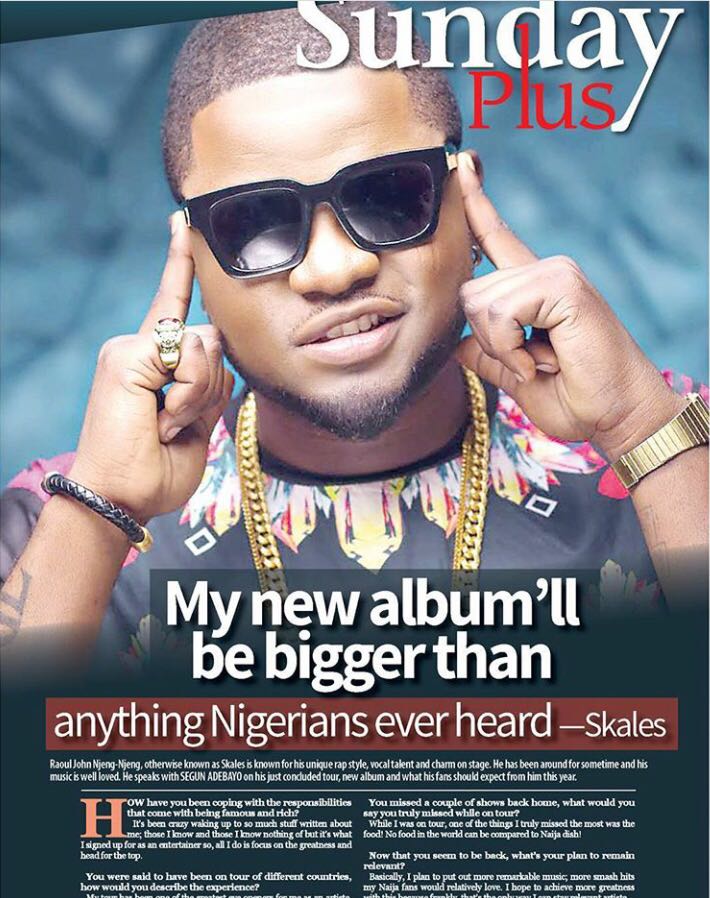 When asked if he would drop an album this year, Skales replied,

“Absolutely! My album is complete – presently, we are just adding finishing touches to it. So, to answer your question; yes an album is on the way and it promises to be classic!”. 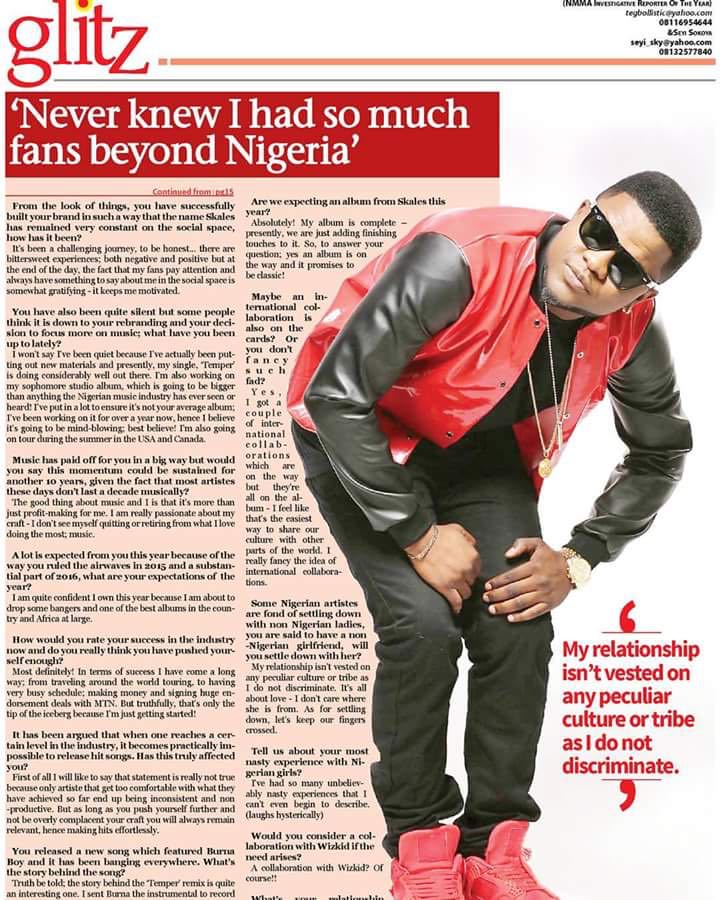 “Truth be told; the story behind the ‘Temper’ remix is quite an interesting one. I sent Burna the instrumental to record a verse and he changed the whole song. Also, the chemistry between him and I was instantaneous and strong; hence the success. We also had a direction for the song; as we intended it to be a street anthem which will resonate with everyone out there”.