“Classless”: Fans Calls Out On Beyonce For Flashing Middle Fingers In Grammys Photo

Beyonce recently posted a photo where she and her mother, Tina Knowles, are flashing their middle fingers at a camera during the Grammy’s afterparty. Fans who are not too happy about it took to Twitter to criticise the singer’s gesture. 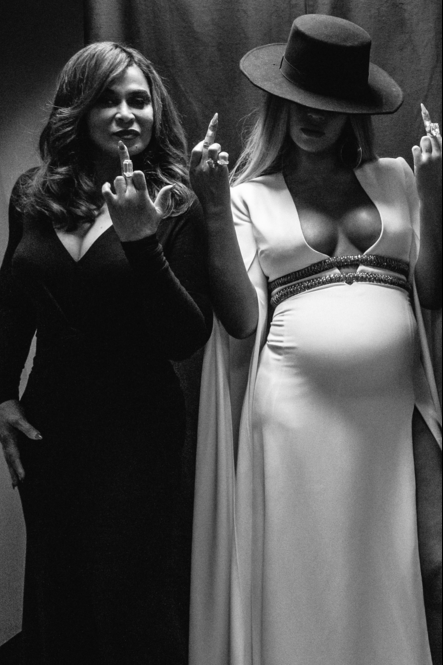 The superstar, who is expecting twins with husband Jay Z, looked stylish as she celebrated the afterparty in a plunging costume, throwing her diamond-encrusted fingers up at the camera.

While some called the gesture “classless” others plainly hated her move. One user tweeted, “@Beyonce you and mama giving middle finger? For what? That’s beneath me so it sure should be above you. Upgrade ladies..”

Another Twitter user asked, “Beyonce is a classy lady WHO made her do this .pregnant middle finger pic shit?” One of her die-hard fans said, “I love Beyoncé. I still hate middle finger pictures……. #beyonce is queen ”

Yet another user sarcastically remarked, “I thought putting your middle finger up in pics was classless…oh but Beyoncé did it now….” 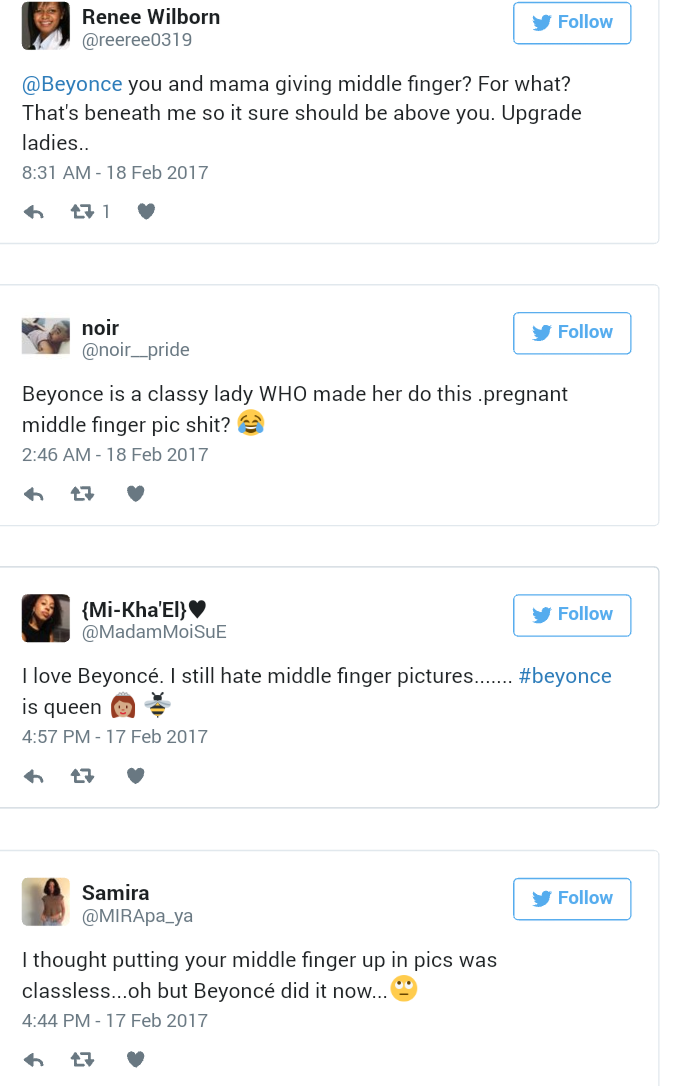