Kemi shared a letter her son Enitan sent her, where he accused Georgina of feeding the public with “vicious wrong facts”.

Dear Mom. Thank you for the birthday greetings. My friends noticed my name trending in Nigeria on a lot of posts when they googled me. I want to thank all the #HNNAfricans for the love. However, I am going to keep it real with your audience and the Sacramento woman Ms Georgina Onuoha and her birthday greetings. Why did this woman start showering FAKE birthday praises on me after what she said to her fans about me and even Lade and KJ?

When you started investigating her, she got shady and instead of her answering her reporter questions she got us involved FIRST. Ms Georgina, you told your fans that our mom sexually molested us and that we were taken away from her by the government. You said that my grandfather a honourable high ranking Nigerian politician slept with my mom and fathered me. You poisoned your audience with vicious wrong facts. Yes I’ve hear about some nonentity Ireland based Nigerian woman called #TokunboAboderin who made up these lies because my grandfather jilted her after an old inappropriate relationship in the 80’s. However nobody thought I would speak. I am a human being too. 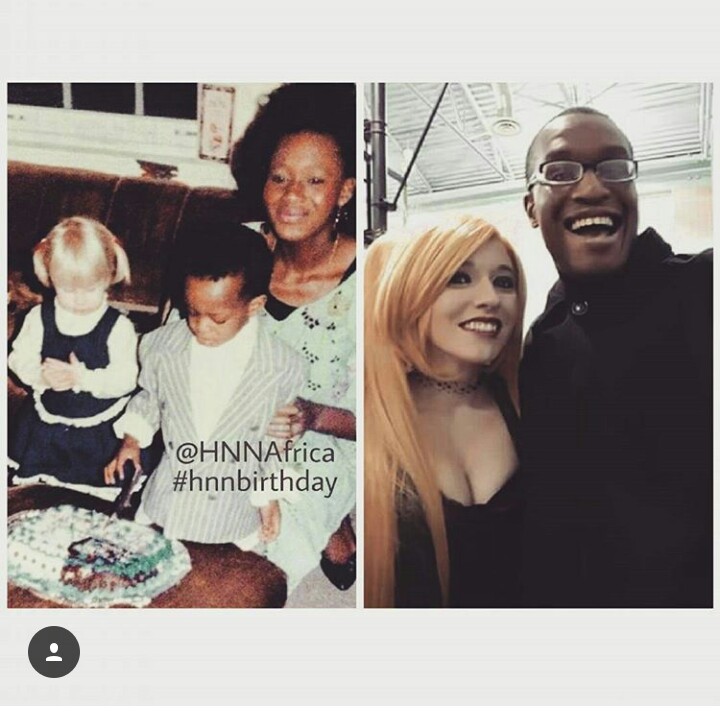 My father was abusive to my mom and she left and raised me alone and good too. Connie was the only one at my first birthday 29yrs ago and my cake was baked by my mom. She is simple. Connie is still my friend today. As 30yo adults we value our moms. Whatever happens between you and my mom should not border around other people’s lies and my paternity. My own children may google these lies some day. My mother should never and I repeat never have cursed your kids in retaliation. She was extremely angry at you and the other lady Angela Okorie making up a sex tape you had with my mom being sodomized while high on crystal meth. You crossed the line Ms Georgina and you should apologize to my brothers @iamswagkid, Lade and I. Your birthday prayers meant nothing to me and the same fake fans u poisoned also wishing and praying for me. Keep it real like my mom Ms Onuoha.
E.R #Philly #MadeinAmerica”