A Facebook user who goes by the name Nkem Beluchi, has alleged some basic school pupils were ‘arrested’ by the police for failing to do their home-work. 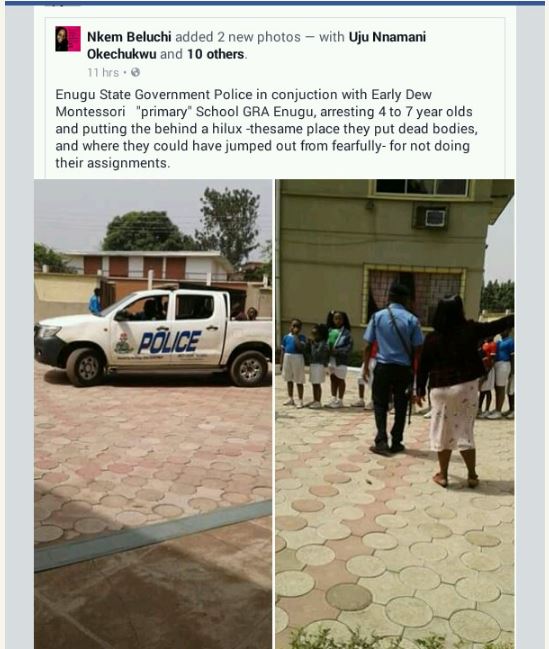 The school of interest was revealed as Early Dew Montessori based in Enugu’s GRA, of which pupils of ages between 4 to 7 were loaded into a waiting Hilux van by the men of the Nigerian Police.

It’s uncertain what was the actual event, nor the case (as reported by the above social media user) would hold water, as the kids are too young to be answerable to the state’s laws.

I Need Deliverance -Says the Pastor Who ...