Omoyele Sowore, Sahara Reporters CEO, celebrated his 46th birthday in-front of a police station he was invited to for questioning in Lagos.

The news publisher was invited to the State Criminal Investigation Department (SCID), following a criminal libel submitted by  Mr. Fatodu against Mr. Sowore.

His supporters however, stormed the police station to surprise him on his day. 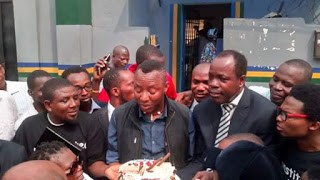 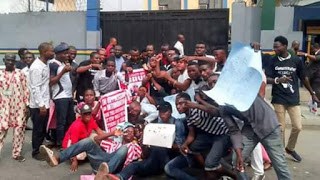 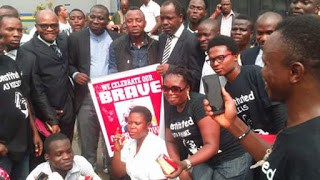