Arsene Wenger; I will Manage Next Season At Arsenal Or Somewhere Else

Arsene Wenger is a legend in the English game. He helped revolutionize football in this country, created some of the greatest teams to grace the Premier League and introduced players who will still be spoken about in glowing terms 30 or 40 years from now.

Arsène Wenger has made it abundantly clear that he is far from finished as a manager and will continue in the job for the foreseeable future although not necessarily at Arsenal.

The Frenchman endured unprecedented criticism in the wake of Wednesday’s 5-1 thrashing by Bayern Munich, and the familiar nature of the defeat, combined with Wenger’s demeanour in its immediate aftermath, had fanned a sense that his days at Arsenal will end soon. But at a press conference on Friday morning he set out to banish that notion. 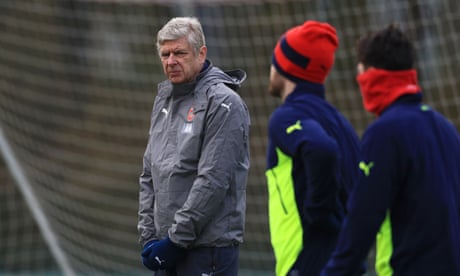 “No matter what happens, I will manage next season, whether it’s here or somewhere else, I am not sure,” said the 67-year-old . Wenger insisted that he felt the pain of defeat as much as anyone but said he retains the desire and fortitude to carry on.

“I want to do extremely well, I feel a big responsibility,” he said. “You do not stay somewhere for 20 years and walk out of a defeat like that and whistle. But I have the strength and experience to deal with that. I would just like to add as well that we played against a good Bayern team who have won this competition [recently], and who have 11 top-class players.

Why I Changed My Name from Aimakhu ...