The Wedding Party star actor and Nigerian singer, Banky W who visited Big Brother Naija housemates has reacted to Gifty‘s diary session where she claimed not to have heard of the name -Banky W- before. 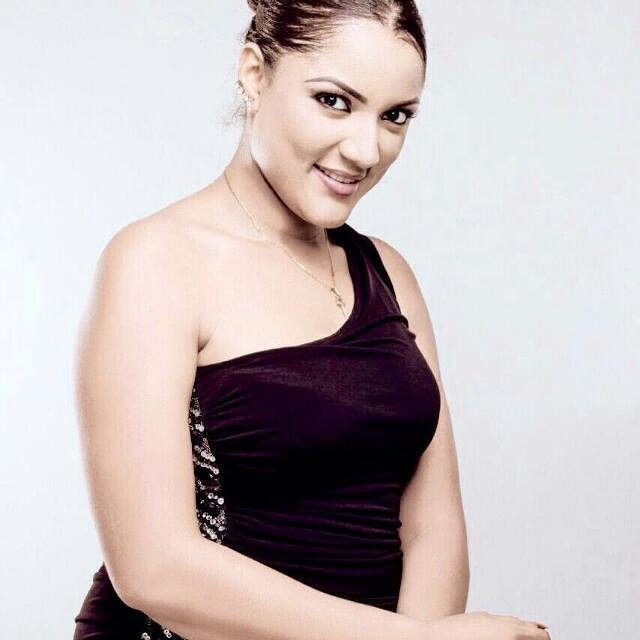 In what appeared to be a surprising shock, Big Brother Naija housemate, Gifty revealed during her Diary session that she doesn’t know who Banky W, a popular Nigerian musician is.

She went ahead to blast the musician saying he seems proud and fake.

Meanwhile, Banky has been responding to Twitter comments tagging him in such a gifty’s threads: 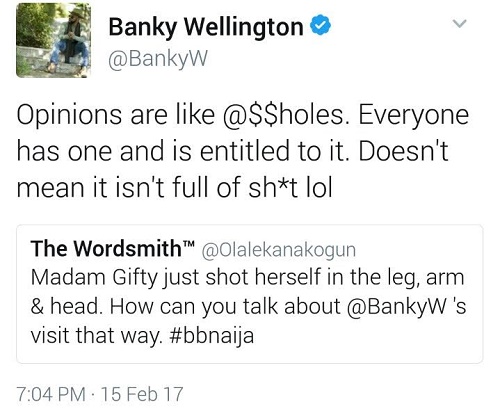 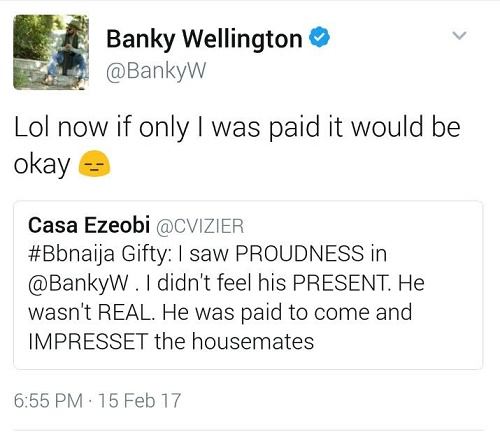 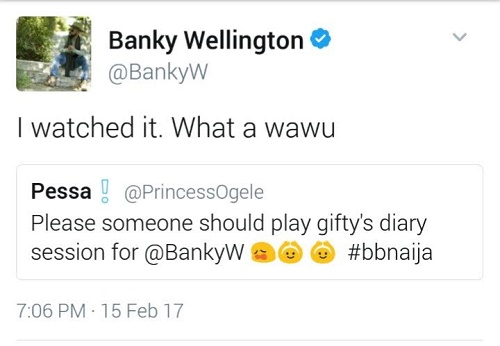 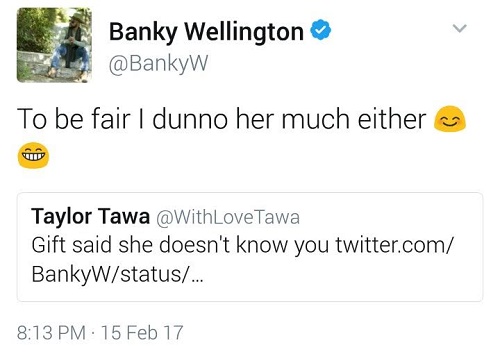 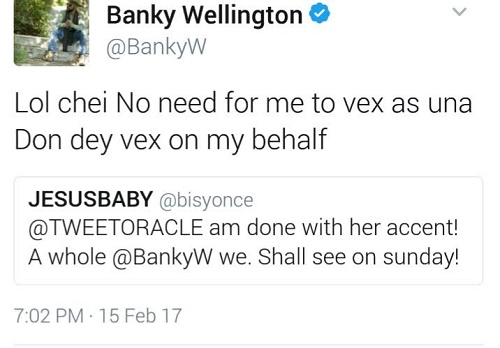 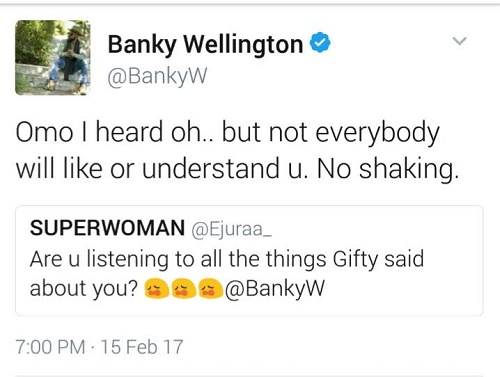 Bisola Pleads With Biggie To Play Her ...