Young and petite Miss Taiwo Bankole, was one of the two best graduating students for the 2016 academic session of the prestigious University of Lagos having scored 5.00 CGPA. 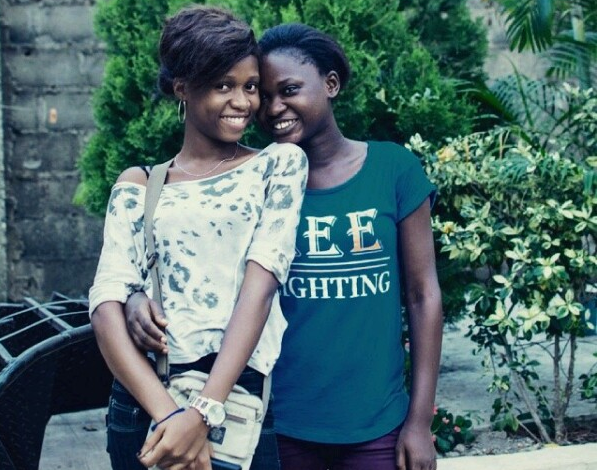 Taiwo bankole in the right

And of course, she has stories to tell about her uncommon academic feat.

The exceptionally brilliant graduate of Cell Biology and Genetics would tell you that her result did not come on a platter of gold, but that she studied hard to outshine her contemporaries.

Taiwo revealed that some of the secrets of her success was that she attended classes regularly, read all her textbooks often and listened attentively to her lecturers during classes.

“I studied Cell Biology and Genetics. I read at length and I usually read for about six hours both in the morning and at night each day. I prefer to read at night because the weather is cool and everywhere is quiet at such time.

“However, my life on campus revolved around going for lectures and going to the campus fellowship of the Redeemed Christian Church of God (RCCG) as I was a worker in the church. I didn’t have much time for social activities. But I sometimes went to dinner parties with my friends.

“I know some students do all sort of things on campus, maybe they were used to such things or they were doing them for psychological purposes or because of money. Some of the students don’t know what they are doing, but this is not good enough,” she said with a sense of seriousness.

One vital point Taiwo also made clear during the interview was the contribution of her parents to her success as she declared that they made much impact on her and that they always encouraged her to be the best she could be.

The diminutive young lady particularly paid glowing tributes to her mother, Mrs Patricia Bankole, who is a confidential secretary at the Public Affairs Department of the Lagos State House of Assembly, while also appreciating her father for his financial and moral support.

“They always gave me money whenever I am broke,” adding that her twin sister is still in UNILAG, where she is also studying Cell Biology and Genetics in the same university.

Asked to speak about her friends on campus, she reacted that she had many friends that were both Christians and Muslims, and that some of them were brilliant, but that she didn’t have any friend who could influence her negatively.

One how she felt about her final result, Taiwo paused for a moment, looked into the air and stated that it did not come to her as a surprise.

“I had been having such a result from my 200 level, so it was not really a surprise, when it came. I monitored my result regularly and I always tried to improve where I am lacking.

“Like I said, I listened attentively to my lecturers and I would like to say that everything was just the grace of God. I read overnight, when I am not tired because I believe that night is the best time to read,” she said.

As it is expected, the management of her school deemed it fit to offer her a lecturing job after her National Youth Service Corps (NYSC) programme, and the young lady revealed that apart from grabbing the offer, she wished to go back to school and study more, but that she would wait for the direction of God all the same.

Taiwo used the opportunity to advise everybody to be the best in what they do, and be determined to succeed, while also revealing that she had planned to study medicine, but that her school drafted her to the department after the first year, and thanked God for the course she eventually studied.

Explaining what Cell Biology and Genetics is all about, she said that it is about biology and cell genetics.
“It is all about cells, it deals with diseases from cellular and hereditary level, any disease one gets from his or her parents. It also deals with the causes and the cure of disease, it deals with cancer, anemia, cough and how to cure them as well as other diseases,” she said