Timi Dakolo has published documents showing he did not infringe on copyright laws when he did a remake of Majek Fashek’s ‘Send Down The Rain’.

The documents released by Timi shows that an agreement was signed by Charles Novia who represented Majek Fashek while the sum of N500,000 was paid on behalf of Timi Dakolo by Now Music to November Records.

According to THE NET, Charles Novia also released a statement saying Timi Dakolo did not break any laws. ‘Well yeah, I brought a statement on this last year which absolves Timi of any wrong doing and we still stand by that statement.

‘Majek in the presence three or four witnesses gave us permission to negotiate that deal on his behalf. Timi Dakolo actually went through all the processes required to clear the song.

‘I don’t know what Majek’s new management is trying to achieve with these things, ‘ he said. 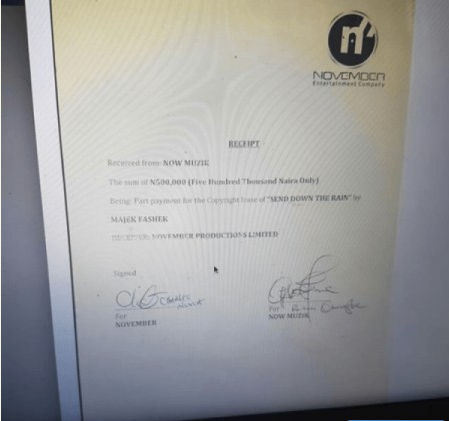 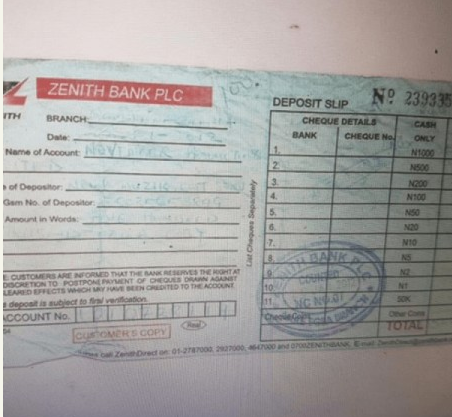 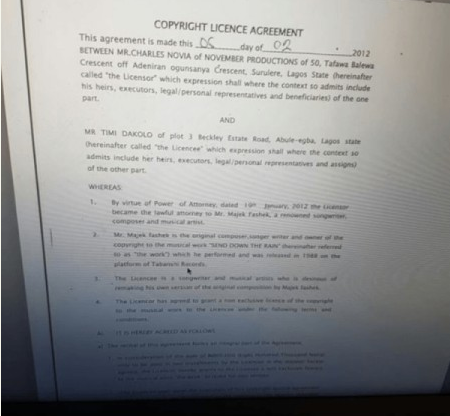 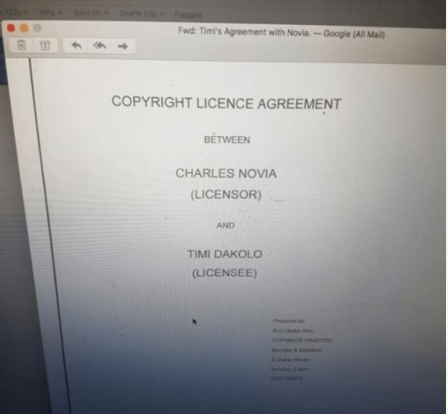