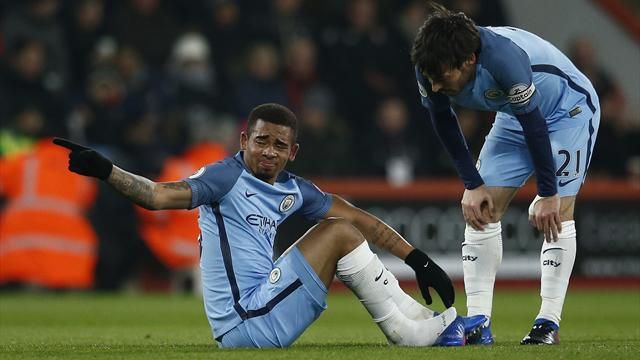 The newly signed Manchester City forward Gabriel Jesus could miss around three months with the injury picked up against Bournemouth.

The teenager’s fast start at his new club was ended with a foot injury and an early substitution at the Vitality Stadium on Monday night.

The extent of the injury is yet to be confirmed by the club but it has been reported that Jesus has suffered a broken fifth metatarsal, with the usual injury time for such a problem around three months, reports Manchester Evening News

That would see the player miss most of the games City have left to play this season as Pep Guardiola’s side look to push on in the Premier League, FA Cup and Champions League.

The coach said after the game that he would be praying that the injury was not serious.

“Tomorrow we will know exactly,” he said.

“He is a tough kid and so unfortunate.

“I am going to pray tonight that it is not a big issue.”