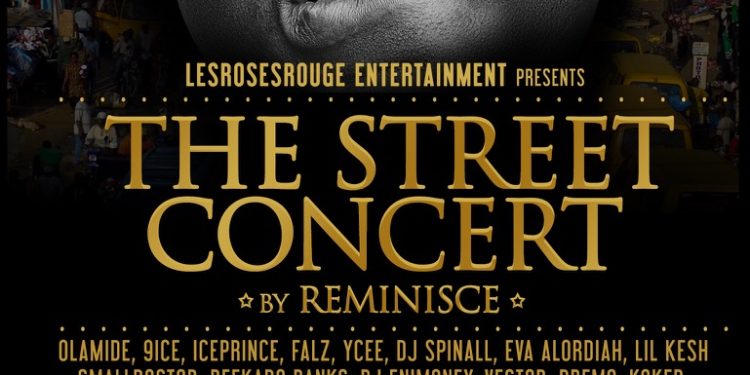 The iconic rapper, Remilekun “Reminisce” Safaru, under the aegis of Lesrosesrouge Entertainment, is set to host the maiden edition of his brainchild, “The Street Concert”. The iconic rapper, singer and songwriter presents the concert in appreciation of his teeming fans who have been supportive of his career, since he caught the attention of mainstream popular Nigerian music listeners in 2008 when he featured on 9ice’s “Bachelor’s Life”. 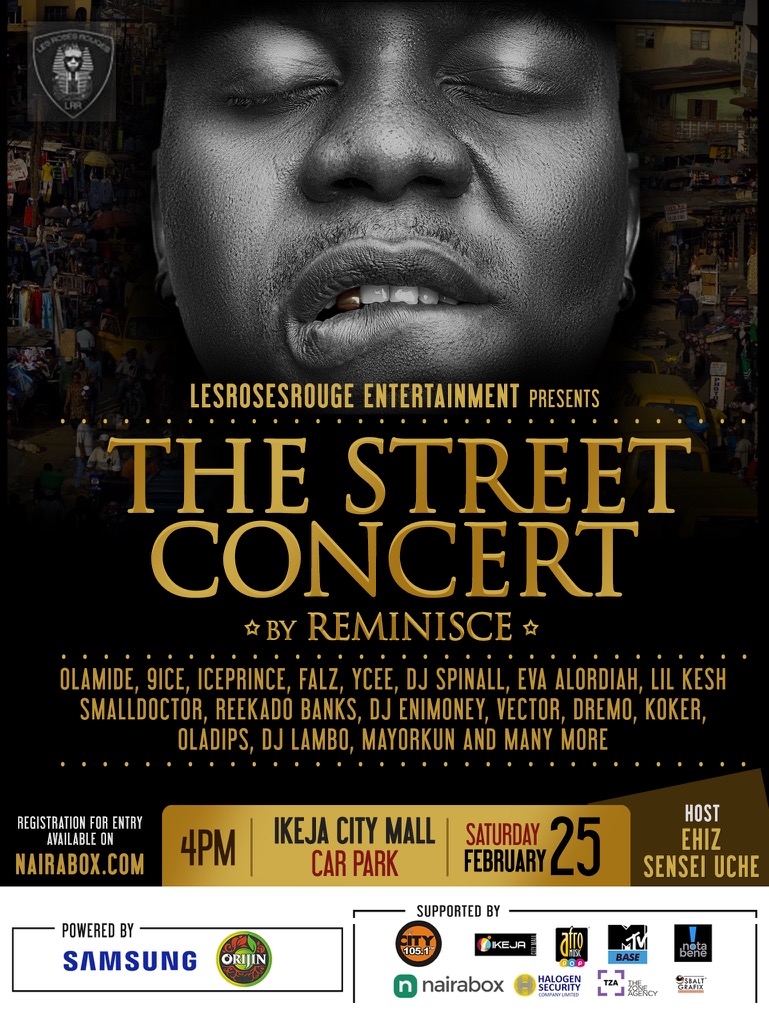 “The Street Concert”, is all about the fans and will have no gate fees upon entry. Holding at the parking lot of the popular Ikeja City Mall, the concert promises unrivaled fun and excitement for the fans to get that traditional open-air concert vibe that’s missing from many of today’s events. Registration for entry to the event can be done on nairabox.com. 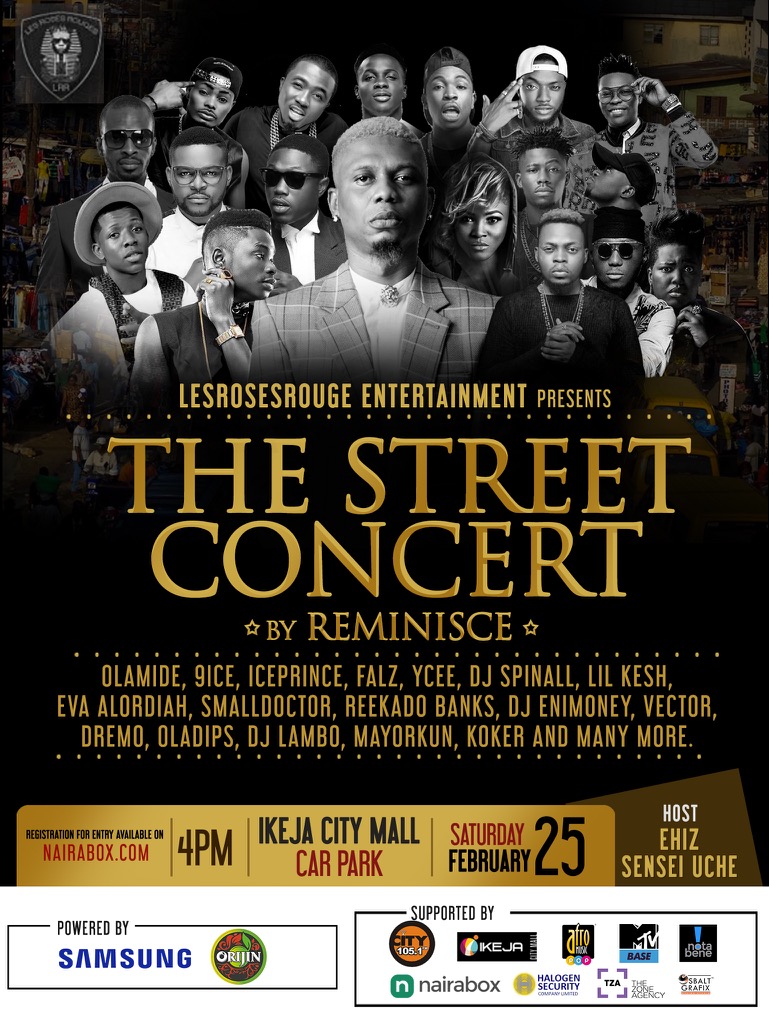 City FM OAP, SenseiUche and MTV Base veejay Ehiz will be on hand to anchor the event which will feature some of Reminisce’sfriends and close collaborators, some of which include Olamide, Iceprince, 9ice, Falz, Ycee, Reekado Banks, Eva Alordiah, Vector, Small Doctor, Oladips, Mz Kiss and superstar DJs, DJ Spinall, DJ Enimoney and City FM’s DJ Gunzee.

Fans, who are present at the concert, stand to win gifts provided by brands who have shown support to Reminisce over the span of his career – Samsung and Orijin.

Get ready for the second edition of ...