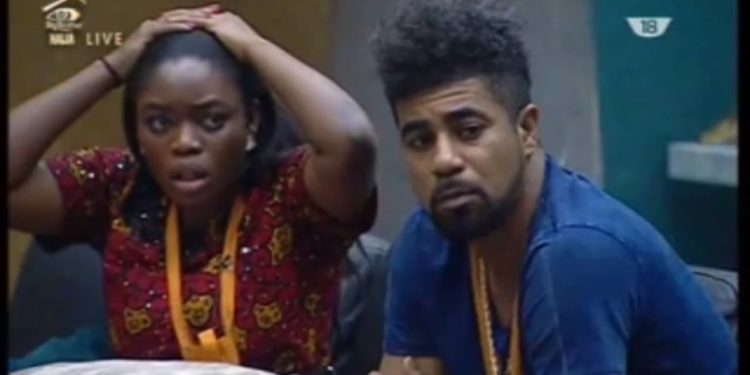 Big Brother surprised the housemates, to make the show more interesting, two new contestants were on Sunday added to the Big Brother reality television show.  The new housemates were revealed during the eviction show by Ebuka Obi-Uchendu, the host. Although the duo will compete as housemates for the remainder of 57 days left in the house, they are not eligible for the ultimate prize. They are “fake” housemates whose only purpose is to provide entertainment and serve as pawns of Big Brother in the house.

Jon, a former reality show contestant, and musician was the first fake housemate to be introduced by Obi-Uchendu. He claimed that he will focus his attention on Bally, Gifty, and TBoss as he joins the remaining 13 contestants in the house. The second phony housemate to be introduced is Ese, who is a beauty queen and comedian. Ese promised to add more drama to the show and to push the buttons of Uriel, one of the “real” housemates. 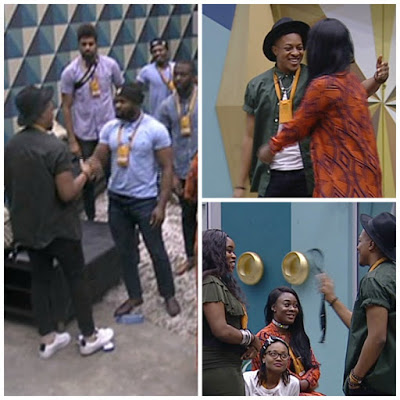 When Jon entered the house

Jon with Ebuka on Stage 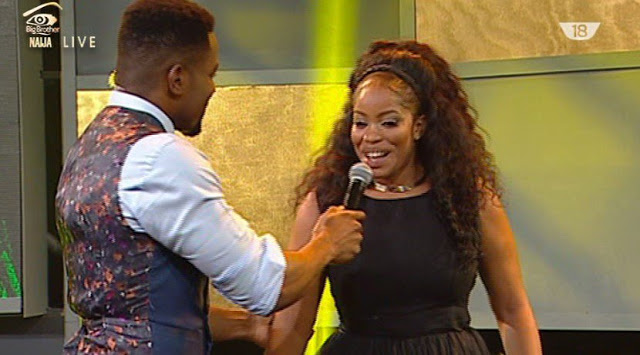 Ese with Ebuka on Stage

The winner of Big Brother Naija will win a grand prize of N25 million and a brand new KIA Sorento car.