Queen Bey, who recently announced she’s pregnant with twins, will be seated beside her husband of eight years, Jay Z, inside the Los Angeles Staples Center at the 59th annual ceremony. 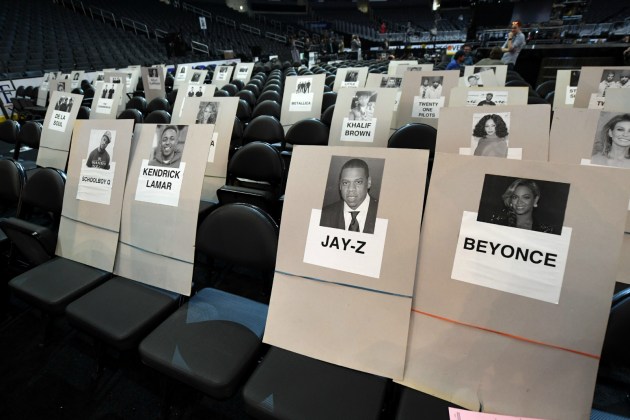 The “Hold Up” singer, nominated for nine trophies for her visual album Lemonade, will also take the stage for a highly anticipated performance, where she’ll publicly show off her growing bump for the first time.

Our Prediction of Tonight’s Winners at Grammys