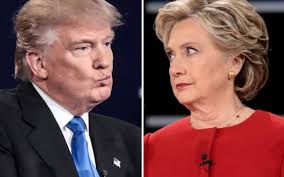 The defeated US Presidential election Democratic candidate, Hillary Clinton, has reacted -on Twitter- to the decision of The 9th Circuit Court of Appeals to reject an appeal filed by US President, Donald Trump seeking a reinstatement of his travel ban.

In her tweet, Clinton texted “3-0”, depicting the number of times Trump had been defeated in Court.