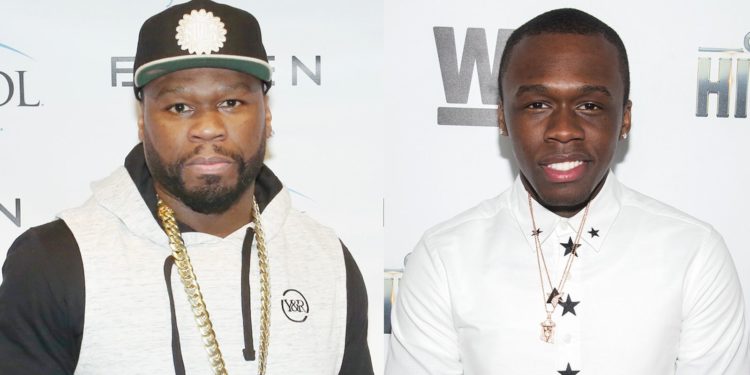 On the 14th anniversary of his father’s debut album Get Rich or Die Tryin’, 50 Cent’s first-born son Marquise Jackson dropped his own intro to the rap world with ‘Different’.

‘That’s the first song that I ever, ever made,’ Jackson told Rap-Up.

‘It’s my first complete song with a hook and verses and everything. It was more or less me just venting, me getting a lot of frustrations, a lot of feelings out. People say they can hear the hunger inside the track and that’s what I was feeling at the moment.’

Inspired by Dr Dre’s Eminem and Xzibit-assisted ‘What’s the Difference’ single off 2001, the confessional track also addresses Marquise’s fractured relationship with his dad.

‘Growing up, my dad was my superhero,’ he says, reflecting on the lyric.

‘It was like having a father who was Superman, more or less. But then, as I got older, you start realizing things or you start seeing certain patterns and it takes an effect on your relationship with people. That’s what happened with me and my father.’

The 20-year-old is in the ‘home stretch’ of his debut mixtape, Escape, which is due this year, and he says he has more projects on the horizon.