For Vogue‘s March issue, the magazine invited a handful of supermodels that it feels “democratize” fashion. 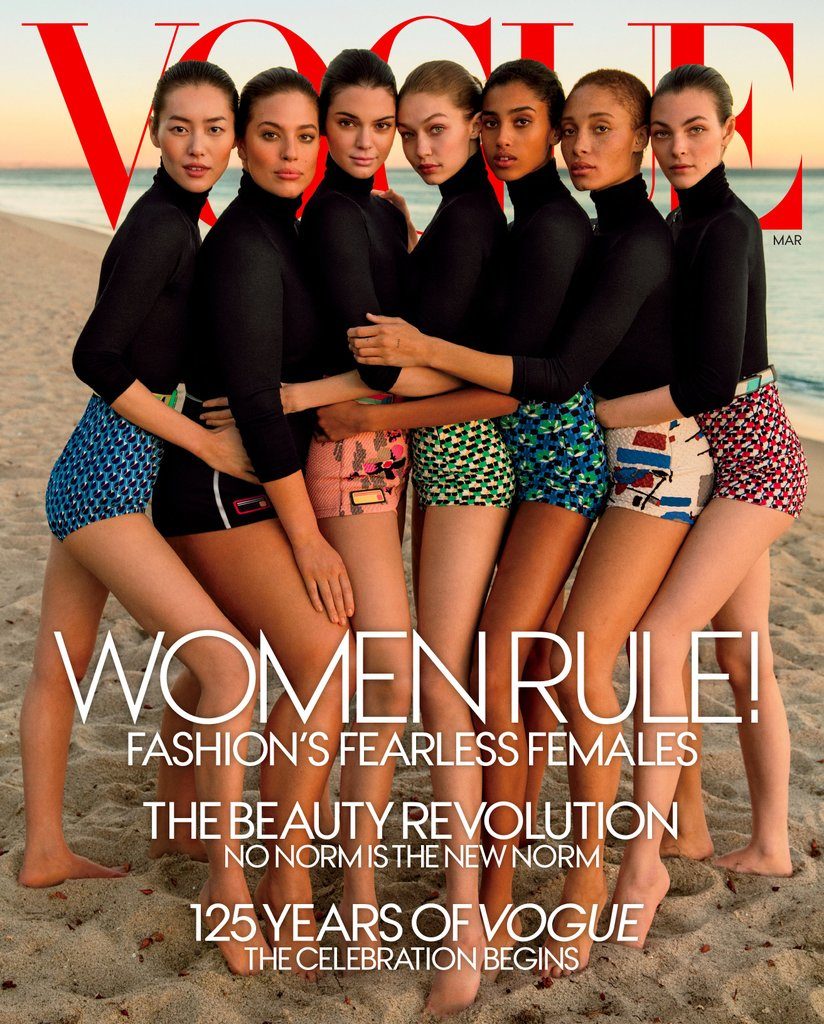 Adwoa Aboah, Liu Wen, Ashley Graham, Vittoria Ceretti, Imaan Hammam, Gigi Hadid, and Kendall Jenner slipped into Prada turtlenecks and printed hot pants and basically threw a party on the beach in Malibu. They were celebrating how the fashion world is finally coming around to the idea of beauty in all forms. Designers are beginning to cast their shows with diverse women of all sizes, and campaigns are striving to exemplify the new normal, which is really just the image of inclusivity. Ashley put it plainly during the shoot: “67 percent of the women in America wear a size 14 or larger. 67 percent. Maybe you could ignore those consumers before, but now, thanks to social media, they’re making their voices heard. Women are demanding that brands give them what they want. And what they want is to be visible.”