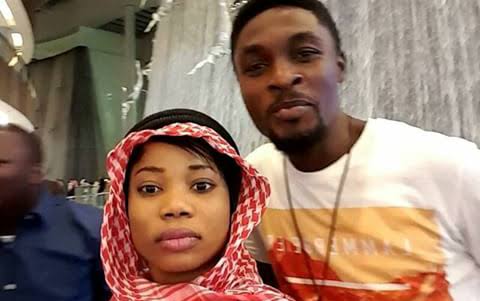 Nollywood actress, Seyi Edun has denied the widespread report of her dating a colleague, Niyi Johnson, in a recent interview with the Vanguard.

Speculations has been trailing the pair who had quite became close in recent time, with even some sections claiming she’s engaged to the actor.

Niyi Johnson’s marriage to another actress Toyin Aimakhu, now Toyin Abraham, had only lasted for two years. Whereas, the latest friendship visibly striking between Seyi and Niyi had been been speculations that Niyi had moved on, no thanks to their several Instagram cospictures taken together.

However, Seyi had blatantly denied these speculations during the chat session.

When asked if she’s engaged to the actor and having fun, Seyi had responded that “I didn’t do any engagement with Niyi. Everything you have heard about any engagement between me and Niyi are all lies. I don’t know where they got the news from“.

When asked if she’s quite aware of the rumour, Seyi said, “I will tell you how the rumour started. One Prophetess Olubori is Niyi spiritual mother and she’s been my spiritual mother too since I was in United States. Though I never met her until I returned to Nigeria. She calls me her daughter because people say we look alike and she calls Niyi her son too. She always shows me love on Instagram and I do same to her. She’s got many of us she prays for. One day she invited Niyi and I to the mountain for crossover night for three days vigil. Niyi didn’t even come immediately because he was busy but he later joined us. We worshipped there and had the first Sunday of the year service on the mountain. Niyi had a testimony and was doing thanksgiving on his car gift he got from Mr Kehinde Oloyede and I celebrated with him. I guess that’s how the rumour started that we were engaged because we spent three days together on the Holy mountain. Someone said Mummy (Prophetess Olubori) pronounced us her “favourite couple’ but I can tell you Mummy never said that. She never ever said such anywhere. Someone just went to her page to crop out pictures and started writing stupid captions. Niyi is my best friend forever and will remain for life.”

Asked if she can see that happening between them, Seyi responded  “For now, no. I can’t say for now may be in the nearest future, I’m not God. Many people tell us they don’t why we clicked as best friends.”