Tboss who recently shocked many people by nominating her boyfriend, Miyonse, extended the shock by stripping naked to show everyone her pierced nipples.

Is this her strategy to stay longer in the house? Let us know what you think in the comment section. 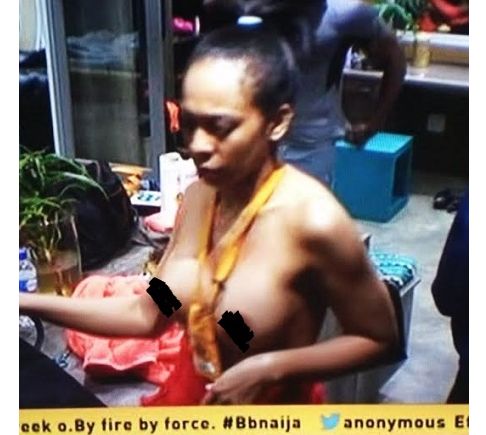 See some tweets below;

When TBoss decides to show boobs so you guys can keep her o the Big Brother House ? #bbnaija pic.twitter.com/F88rKdLoXo

2 hypocrites in the house So far
1. TBOSS
2 . BISOLA
#BBNaija

TBoss is using the only thing we Nigerians wished our president have……..”sense”. #BBNaija pic.twitter.com/K50CVFSWXA

5 Essentials for the Perfect Brows