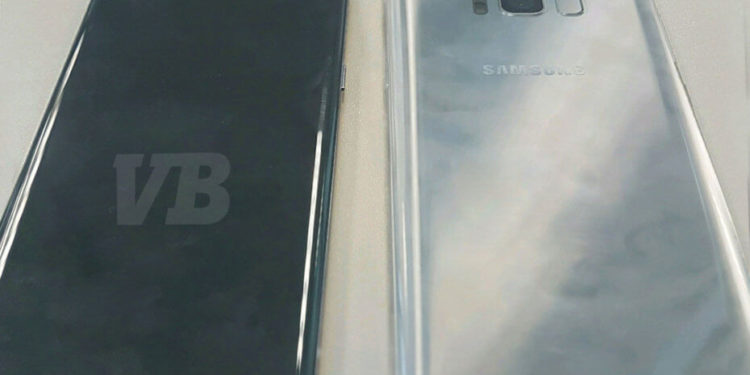 Samsung’s Galaxy S8 will be unveiled on March 29th, according to a new report from Venture Beat that also includes the first photo we’ve seen of the coming flagship. The back of the device is very similar to last year’s Galaxy S7 (with the exception being a relocated fingerprint sensor), but the front marks a fairly radical departure from Samsung’s typical design. Gone are the physical home button and touch-sensitive navigation buttons; instead, a large, curved display that seemingly runs edge to edge dominates the Galaxy S8. Samsung is said to be planning a worldwide April 21st release for the device.

WHAT YOU MISSED –  REVIEW OF THE SAMSUNG GALAXY S7 EDGE

This is the Samsung Galaxy S8, launching March 29 https://t.co/lQZ0K0q2MA pic.twitter.com/dlusRMX4YH

The two models, with 5.8- and 6.2-inch QHD Super AMOLED screens that cover 83 percent of their front panels, were first detailed by The Guardian. Because of their unusual size, their aspect ratio — at 18.5:9 — deviates slightly from the industry-standard 16:9. As The Guardian noted, both models sport Samsung’s “edge” display, which curves downward on both sides of the handset.

While the Android Nougat-powered phones may include different systems-on-chip depending on sales region — Qualcomm Snapdragon 835 in some and Samsung Exynos in others — all will have processors made using 10-nanometer fabrication methods. Performance-wise, this is said to make them 11 percent faster than the Galaxy S7 overall, with 23 percent faster graphics processing, but still 20 percent more energy efficient.

That improved power consumption will be critical, because despite the vastly increased display sizes, battery capacity is said to be a relatively conservative 3000mAh and 3500mAh for the 5.8-inch and 6.2-inch designs, respectively. And while internally the 4GB of RAM remains unchanged from the past few models, 64GB is the new baseline when it comes to internal storage (supplemented by a 256GB-capable microSD slot).

Charging is accomplished via a USB-C port, which is located on the bottom of the handsets next to — as Samsung will no doubt highlight in its presentation — an Apple-scorned 3.5-millimeter jack.

Moving on to imaging, neither the main 12-megapixel rear camera nor the front-facing 8-megapixel selfie camera, both of whose lenses possess f1.7 focal ratios, will see resolution improvements compared to the Galaxy S7 — but that doesn’t mean nothing has changed.

The main camera allegedly possesses a new visual search functionality, with icons appearing on screen that allow the user to indicate the type of search to be performed (OCR-enabled web search on photographed text, for instance, or a shopping-site search for products of interest). And alongside the selfie cam is another sensor to endow the S8 with the same iris-scanning capability that debuted in the ill-fated Galaxy Note7.

With no Home button to house the fingerprint sensor, it has been moved around back — as is standard on phones from many other manufacturers — but its placement next to the rear camera lens (as opposed to underneath) may prove to be problematic for some users.

Why we arrested HarrySong – Five Star ...