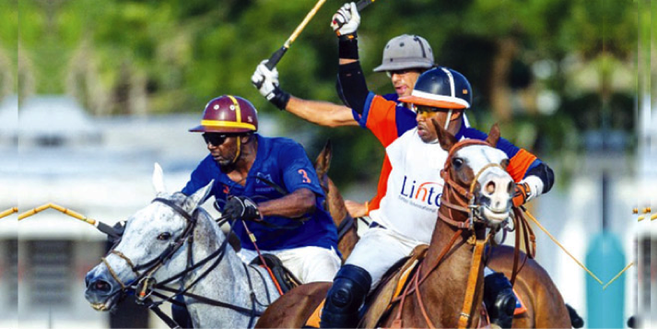 The 2017 edition of the Port Harcourt Polo tournament remains the biggest and most successful edition we have seen yet. The highly contested edition attracted  several polo players from across the country and had the defending champion, Studio 24 Nigeria competing against the great giants of Okisi Okariari & Sons Nigeria Limited for  the title. The earth will not forget in a hurry the battle that went down between this two teams. Horses! majestic creatures! Muscles rippled, nostrils flared, skin was damp with sweat, tails swatting flies and the stench of horses! Filled the air.

At the end it was the battle of David and Goliath as Studio 24 Nigeria team came out victorious winning the tournament with a score of 5-3!

The High point  of  the  Polo Tournament  was  the presentation of trophies and awards to deserving teams and players by the Rivers State Governor, Nyesom Ezenwo Wike. The President of the Port Harcourt Polo
Club, Mr. Ibiwari Pepple commended Governor Wike for supporting  the growth of sports in the state and assured  him of the support of the Port Harcourt Polo Club in all his efforts to uplift the state.

In Honor Of Buchi Emecheta, Here Are ...