Journalists working under the veil of Boko Haram by Mercy Abang

“A 9-year-old boy dressed for school, turns to say goodbye, within the  twinkle of an eye, a bullet from an AK47 rifle makes its way through his body, I watched him drop dead immediately, his crime? He wore a school uniform and was headed for school” – 63-year-old veteran Journalist Ahmed Juba immediately breaks down in tears as he tries to recall all that had happened that fateful day, “that was when I knew this is war, I was headed to the office, running after a story then I held back, I carried the lifeless body of Musa, a story was before me” he said. 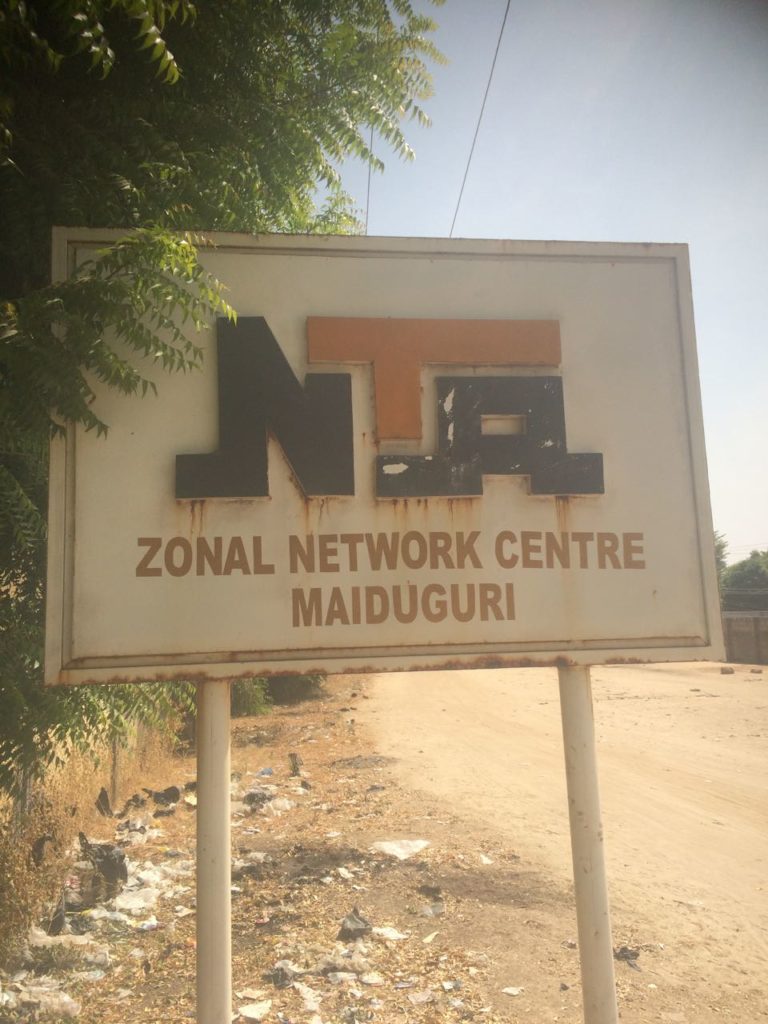 Journalists from the frontlines, from the fringes of Madagali in Adamawa State to the trading communities of Potiskum in Yobe State and of course the renown tragic abductions  in Chibok in Borno State, narrate the tales of surviving Boko Haram and fulfilling the resilience of a society that lost everything except their sense of hope. .

In a report by the third edition of the Global Terrorism Index, Boko Haram  overtook  ISIS as the world’s most deadly terrorist organisation accounting for 6,600 deaths, displacing 2.3 million people and forcing 250,000 to fleeingto Cameroon, Chad and  Niger. Invariably  Journalists became  the under-reported casualties of the tragic insurgence. Channels Television Akogwu Enenche and the NTA Cameraman Zakkariyya Isa killed in Borno are popular because of the traction their deaths elicited. However, there are more re and more reporters whose tale of resilience is just emerging and why the North East became a media black hole. .

The crisis affected the day-to-day activities of media organizations, Jamila Bako said male casters were asked to work in the evenings as the streets were  mostly deserted and was not safe for female staff, who had regular encounters with the insurgents, being caught in between the volley of bullets military and insurgent bullets of .  “As a newscaster, I go on air tensed and in most cases, my voice battles with the sound of bomb explosions and gunshots while on air, we then moved our news bulletin from 7pm to 5pm, and the worst part was when our cameraman was killed, the insurgents called us to explain to us why he was killed, they had all our phone numbers ”  .

Jamila a middle career journalist also narrated how her colleague was asked to go to the family of the in-law to the late Boko Haram Leader Mohammed Yusuf to inquire the purpose of the then President Olusegun Obasanjo’s visit only for the interviewee to be killed too.

“The reporter immediately fled, he was on the run, left Maiduguri to Bama and later moved to Cameroun for safety- that episode was terrifying, residents stopped talking to the press and especially NTA,  because talking to the media was signing your own death sentence”.

The terrorists also wanted to be known by a particular name initially and the journalists were told what to do, an instance is when Roving reporter, Mariam Aaron said s the insurgents were very upset that Journalist called them Boko Haram, instead of the names they wanted to be identified with as Jam?’at Ahl as-Sunnah lid-Da’wah wa’l-Jih?d when the crisis started initially.

“I was repeatedly called to stop using the name Boko Haram if I wanted to stay alive with my family members, they were very upset to be referred to as Boko Haram, a name they felt was given to them by the West, we were forced to stop calling them the names they hated”. Ms Aaron a television reporter says.

Amnesty International constantly issues  reports about the detention of children and men at Giwa barracks in overcrowded and unsanitary conditions. Many of them arbitrarily rounded up during mass arrests, often with no evidence against them. Once inside the barracks, they are incarcerated without access to the outside world or trial, a news reporter’s accounts gives credence to what the Human rights agency documents.

Pressman, Bello Gaidam was forced to flee Maiduguri to Adamawa and then Yobe after filing  a story that ruffled the terrorists so badly he and his immediate family members were penned for death, “All that needed to happen for us to be raided is for insurgents to attack anywhere on our street, the Military will ensure  they raided everyone’s home, every male child is picked up and detained at the “notorious” Giwa Barracks, most of the kids were in JSS 1 and Jss 2 and they died of suffocation in the process”.

As he spoke he  struggled to hold back  tears  dredging up the harrowing experience in itself, “we had to contend with Boko Haram and the Nigerian Military, it was a tough call but we had to, we’ve also asked ourselves, who is the lesser evil?”

Reporting Boko Haram forced him to change his name, identity and looks “but somehow they still knew me, and told me to my face”, he said.

And Maryam Sule, a known radio producer, and presenting one of the most popular programs in the region talks about the misrepresentation of the North East journalist reporting the conflict..

“We are not talking about the protection of Journalists, we are not debating the rights of one reporting conflict, we are saying we were in it, part of it and in it all, tried to perform the surveillance function, Mercy how do you do that? Tell me” – we’ve heard people criticizing Nigerian Journalists from this region, some say we are doing nothing”

“Boko Haram will call me, instructing me on how to file my stories, there was a time I reported the victories of the Nigerian army in Boko Haram controlled territories, I was immediately threatened to rewrite the story or get killed”

She also spoke  about the welfare conditions of Nigerian Journalists and especially those in the northeast region, “ I have no insurance at my work place, I have no security protecting me like Journalists who visit here, most of the international journalists are accompanied with more than 10 security personnel, my family Is here so at some point I had to listen to them and I was even ready to do what they wanted”.

“The emergence of the Civilian Joint Task Force (CJTF) also had its implication, the youths wanted all young boys to take part in hunting for the terrorists, we had sleepless nights, we were reporting all that was ongoing and you get random young men knocking at some point threatening to breakdown your door to enroll your kids and take them to the bush to hunt for terrorists and when you fail to allow your 10-year-olds, you’re in trouble”. He continued, “I must commend the CJTF but it was a nightmare knowing that your kids had to be turned into terrorists hunters, those that came back alive were never the same, most of them had to start smoking and drinking and then you are faced with reporting the crisis when you are also the story what do you do”?.

Danlami said he then had to sleep in his station for about six months or more and even in the station, there was no security, “I was waiting for the day the terrorist will come take over the station and force us to put them on air.

These tales highlight some of the tragic and traumatic instances journalists faced while working to bring stories of the insurgencies to life.

Please Note: The Names in this piece have been recreated as the identity of the Journalists is still of great concern but the quotes and stories captures their true position and situation reporting the Northeast.