Aisha Buhari Accused of Spending £49,000 on Trips to the UK, Denied 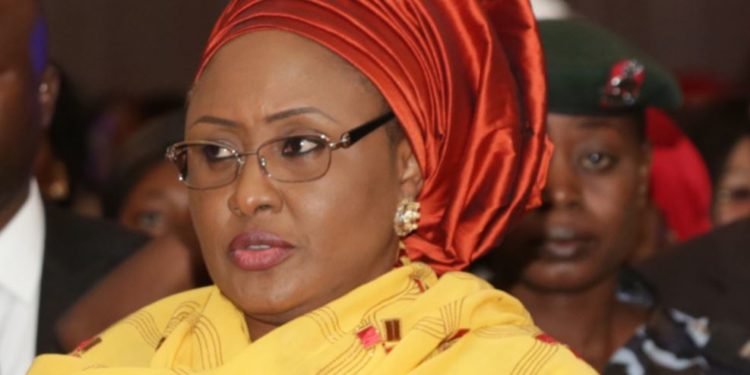 Nigerian President’s wife, Aisha Buhari has denied the reports linking her and the Nigerian High Commission in the UK, to lavish spending of £49,000 (about 31 million Naira) on entertaining dring her visit to the UK. The First Lady made the denial via a statement released by her media aide, Adebisi Olumide-Ajayi today, January 6.

The statement reads in part:

“It is not in the interest of Mrs Buhari to join issues with anyone, but necessary to put the record in proper perspective. This is necessary as it concerns her trip to UK and the Nigerian High Commission in London. Mrs Buhari had never travelled with a large entourage to London as reported by the Saharareporters.”

“The Nigerian High Commission in London had never offered any favour either in cash or material to Mrs Buhari. Mrs Buhari would have ignored the publication like all such baseless accusations, but for the angle with which the report was presented has a corruption and abuse of privileges connotation.

“This, however, negate the fundamental principles upon which Buhari’s administration thrives. It is on record that the Nigerian High Commission in London did not receive Aisha Buhari at the Airport with any official distinction or privilege as it was accorded other first ladies before her.

“She never complained or raised dust about any of these act by the High Commission because of the understanding as clearly spelt out and practised by her husband that public office must be separated from the private lives of the occupants.

The allegations were made by Sahara Reporters and supported by a document dated July 28, 2016, and signed by Minister Counselor/Head of Chancery, Ibrahim Sule.