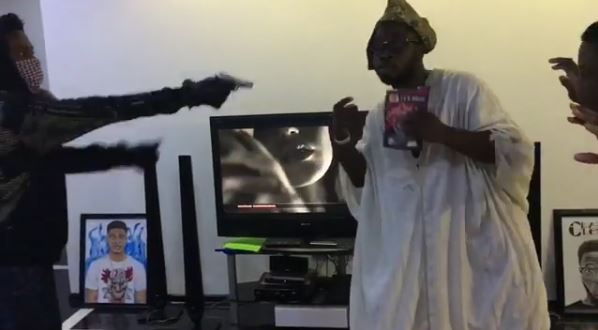 A 27-year-old unemployed man, Williams Eromosele, on Wednesday appeared before an Igbosere Magistrates’ Court in Lagos charged with theft of N9, 200 from the church offertory box.

The accused is standing trial on a two-count charge of stealing and breach of peace.

Eromosele, however, pleaded not guilty and was granted bail in the sum of N150, 000 with two sureties in like sum.

The Magistrate, Mrs A. A. Adetunji, said the sureties must show evidence of tax payment to the Lagos State Government as part of the bail conditions.

She also said that the addresses of the sureties must be verified and adjourned the case to Jan. 25 for mention.

Earlier, the prosecutor, Cpl. Friday Mameh, told the court that the accused committed the offences on Jan. 3 at 11. 00 a.m. at Catholic Church on Musa Yar’dua Street, Victorial Island, Lagos.

Mameh said the accused also conducted himself in a manner likely to cause a breach of peace by unlawfully entering the church to steal from the offertory box.