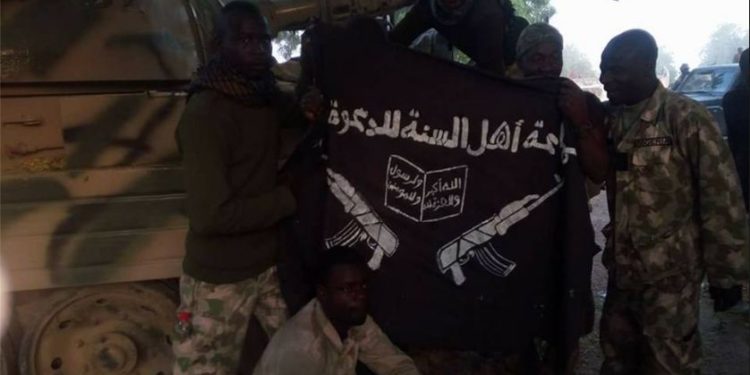 The Nigerian Army has on last night in Abuja hosted President Muhammadu Buhari to Guards Brigade Regimental Dinner and presented to him the captured Boko Haram flag.

The News Agency of Nigeria (NAN) reports that the flag was handed over to the President by the Theatre Commander, Operation Lafiya Dole, Maj. -Gen. Lucky Irabor.

Some sets of the army has on Tuesday posed with the Boko Haram identity/  flag which leader Abubakar Shekau usually display for his media release in his Sambisa Forest.

Hundreds of Boko Haram fighters were killed during the offensive that began about a month ago.

Top 10 Most Outstanding Young Designers of ...