The World’s Highest Bridge Has Opened in China 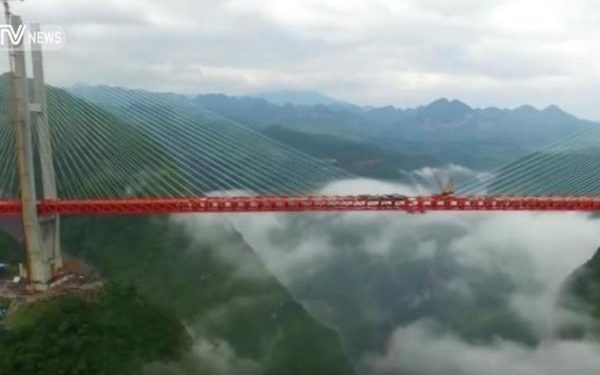 The Beipanjiang Bridge soars more than 1,853 feet above the Baipanjiang Valley. It is roughly as tall as a 200-story building.

The bridge connects Guizhou and Yunnan provinces in southwest China. CCTV reports it will reduce the travel time between the two provinces from five hours to 90 minutes. Construction of the bridge began in 2013 and cost about 1 billion yuan, or $143 million.

The Beipanjiang Bridge overtook another Chinese bridge, the Sidu River Bridge in Hubei province, as the world’s tallest.