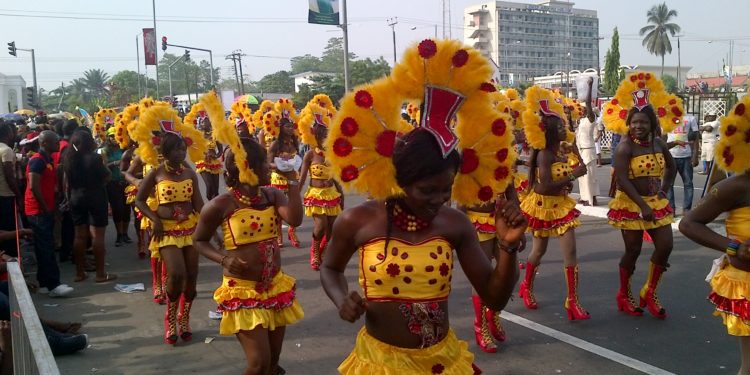 Ayade said this on Wednesday in Calabar while opening the grand finale of the 2016 Calabar carnival, the News Agency of Nigeria (NAN) reports.

He said the carnival, which had gained international recognition over the years had continue to grow “bigger, better and bolder.”

According to him, the carnival represents the true vitality, unity and harmony that signify the growth of Africa.

“The flag off of the grand finale of the 2016 Calabar carnival represents the true beginning of African enjoyment.

“As we have started today, this is the beginning of a new dawn in Africa. Calabar carnival remains the largest street party in Africa.

“As a government, we will continue to promote and sustain the hospitality and tourism that the state is known for,’’ he said.

NAN reports that the theme for the 2016 Calabar carnival is “Climate Change.”

The five carnival bands – Seagull, Master Blasta, Passion 4, Freedom and Bayside were colourfully dressed in different costumes to reflect the colour of their bands.