Your 2017 Doom Prophesies Are For You -Fayemi To Fayose 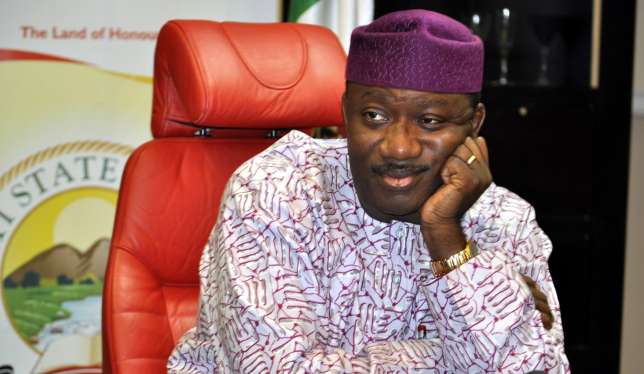 He said “Fayose risked being a beneficiary of his latest unsavoury predictions”.

On Friday, the Governor Fayose revealed a 22 shocking predictions he claimed to have received from God after praying on a mountain.

He predicted that a former Head of State/President would die and that there would be more hardship and poverty in the country.

Fayose also said the performance of the 2017 Budget would be the worst in history, adding that more ministers will lose their jobs, a dollar will exchange for N600, a major political party would emerge to dislodge the All Progressives Congress (APC) from power, among others.

Fayemi contended that it was insincere for Fayose to roll out his purported 22 predictions without foretelling anything good about a country.

He said: “If someone has made 22 predictions about his own country and none is positive or good, you can be sure the predictions are for the person making them.

“For me, 2017 will be a year of astounding buoyancy, greatness, fulfillment and accomplishments.

“It is true recession has made things difficult for everyone , but we can see that is already giving way to noticeable stability which will soon yield results across all sectors of the economy.”