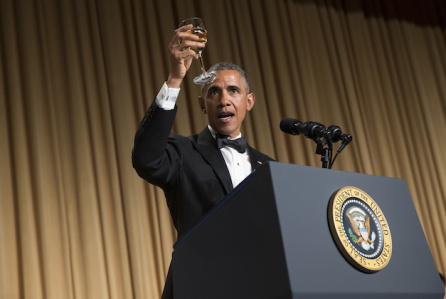 US outgoing President Barack Obama says he could have been reelected for a third term and that the nation still largely embraces his political vision despite last month’s election of Donald Trump to succeed him.

The US leader’s remarks were made in an interview posted on the podcast “The Axe Files,” produced by CNN and the University of Chicago. Obama, who winds up his second and final term in office in just over three weeks, said he believes the American public still supports his progressive vision, despite having voted for Trump — his political opposite.

“I am confident in this vision because I’m confident that if I had run again and articulated it, I think I could’ve mobilized a majority of the American people to rally behind it,” Obama said

He was philosophical and a little rueful about Democrats’ loss of the presidential election, when Hillary Clinton was defeated by Trump in a shock outcome almost no one predicted. “Losing’s never fun. I’m proud that I have tried to conduct myself in office to do what I think is right rather than what is popular, I always tell people don’t underestimate the public humiliation of losing in politics,” Obama said.

“It’s unlike what most people experience as adults, this sense of rejection.”