Twitter exploded when the official Sony Music Global page posted a tweet that claimed Britney had died “by accident”. 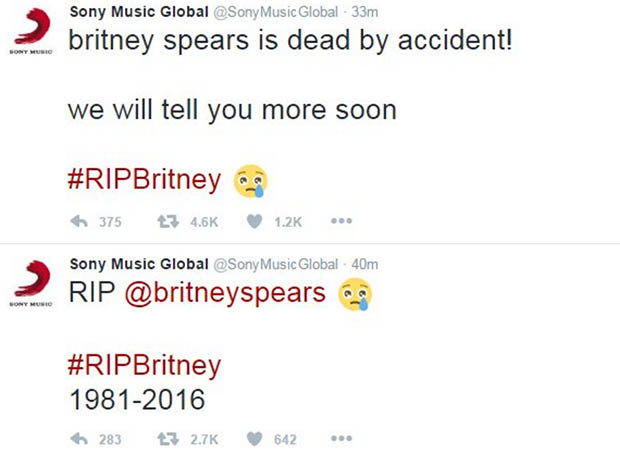 HEARTBROKEN: Britney’s fans were devastated by the news

“Britney Spears AND George Michael in one week?! Christmas is playing with my emotions”

The 35-year-old’s fans soon went into meltdown, rushing to pour their hearts out on Twitter.

“So upset. Rest in peace Britney Spears – you will always be an icon,” wrote one user.

Another wrote: “This better be a hoax or else. I’m crying right now.”

And one user commented: “Britney Spears AND George Michael in one week?! Christmas is playing with my emotions.”

However, the music company later confirmed that the mum-of-two is alive and well and that they’d been hacked.

The whole hoax was reported by The Sun UK