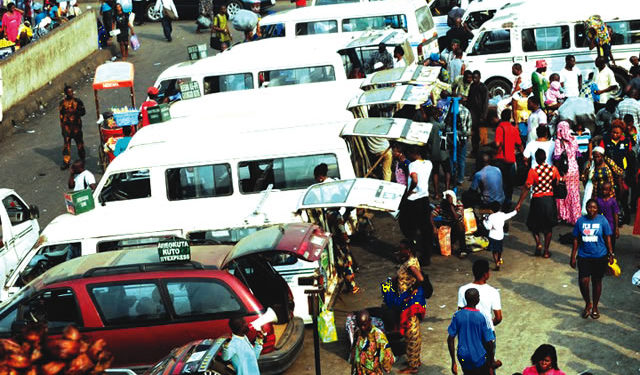 Nigerians have defied the impact of the country’s economic situation to travel for Christmas as many motor parks in the Federal Capital Territory witnessed massive turnout of travelers on Saturday.

Many of the motor parks around Jabi and Utoko axis of the city recorded massive passengers turnout since Friday.

Ugwu told NAN that the PMT park recorded an upsurge of passengers on Friday which he described as the ‘’peak day’’ for travelers.

According to him, what PMT is experiencing this year is the same as last year.

“We had a surprise because we were not expecting passengers to turn out the way they did this year considering the cost of fare and the economic situation in the country today.

“Eventually we saw a good turnout of passengers irrespective of what is on ground economically,’’ he said.

Ugwu explained that even though the passengers were complaining about the hike in fare, they had equally shown understanding with the company considering the fact that prices of parts had gone up.

He added that the only option available to the company was to increase the fare because of the fact that the buses often return to Abuja without carrying passengers.

Other factors according to him, are the cost of spare part and prices of buses because the Toyota Hiace bus that normally sold for N9 million is now sold at more than N24 million.

“So, if you don’t bring up the fare, you may not be able to stay back in the business.

“What is important is that we have been able to make our vehicles road worthy, train our drivers to ensure safety on the road and carried out a comprehensive maintenance of our buses,’’ he said.

Why I Retired From Football – Okocha

Residents Keep Vigil In Banks To Use ...