It’s the end of December 2016 and we are all praying for safe entry in 2017, well; actor Funso Adeolu has the reason to give God thanks for his life. 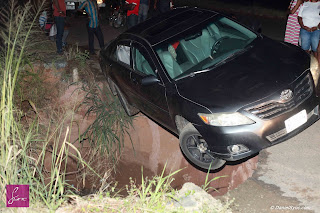 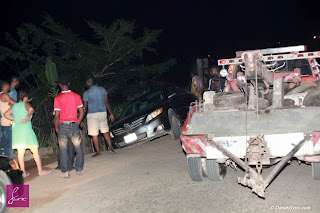 The famous actor escaped the gnashing teeth of death in Ibadan on the 12th of December. He was on his way home from the movie set of Giant (Omiran) produced by Tolulope Oke and featuring Femi Adebayo when disaster struck. 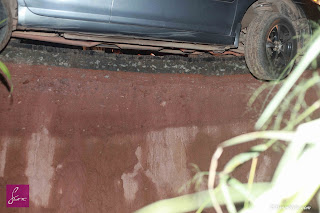 I can categorically give a first-hand testimony of the scene that it was only by the saving hands of God that the car did not overturn into the swampy ditch on the express. 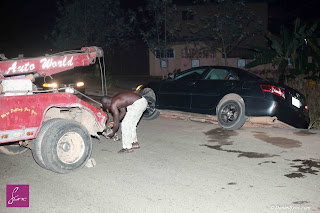 The Toyota Camry was literarily hanging by a thread at the edge of what i can only describe as a death trap. 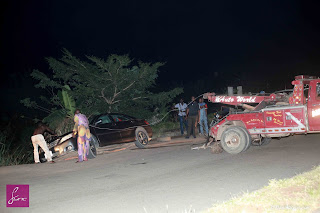 Our government really must do more in repairing our roads, putting the safety of road users first. There are too many death traps on Nigerian roads. 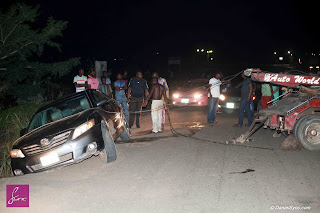 As we all travel during this festive period, please take a few seconds to hand your journey into the hands of almighty God and be extra vigilant. 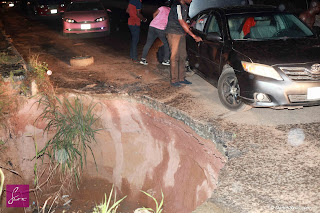 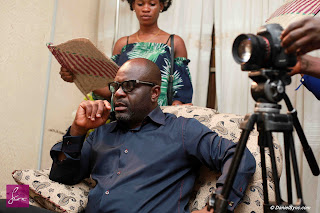 The actor who was on-set hours after the incident sat by the road side during the careful pulling out of his car.