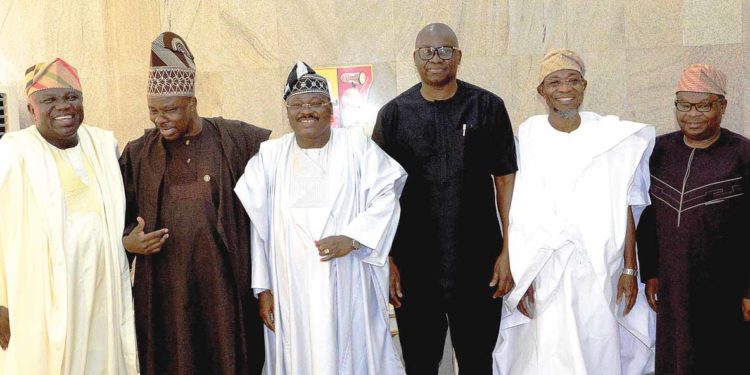 Speaking with journalists after the commissioning, Governor Amosun expressed satisfaction at the fact that made in Nigeria products, especially those made in Ogun State, were in the majority on the shelves at the store.

The governor noted that this would further help in boosting the economy of the state.

Governor Amosun explained that with the opening of the Mall during this festive season, Ogun State residents would be able to buy goods at cheaper rates and enjoy the Yuletide.

The Ogun State Governor who was the first customer to shop at the Mall, was joined by the Deputy Governor, Mrs Yetunde Onanuga;

Secretary to the State Government, Barrister Taiwo Adeoluwa and other members of the state executive council.

The Financier of the project, Mr Tayo Amusan, while speaking with journalists, noted that over a thousand job opportunities have been created by the Mall.

Amusan added that the Mall will go a long way in adding to the growth of the economy of Ogun State.