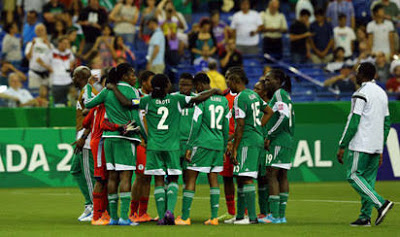 New emerging report indicates the Federal Government has fulfilled its promise to pay Super Falcon players and their officials their entitlement for their role in the 2016 Women’s Africa Cup of Nations by lodging the needed fund into the NFF bank account toady (Friday).

According to Complete Sports, each players is entitled to bonuses and allowances of about $16,500 which amounts to N4,880,000

General Secretary of the NFF, Dr. Sanusi Mohammed told the source that government has provided the money and that the federation will commence payment to the players with immediate effect

“We have received payment alert from government and we have begun the process of paying the girls their money. We hope to transfer to the players respective accounts with effect from today, and God willing, we shall complete that by Saturday,” Dr. Sanusi told Completesportsnigeria.com.

“We appreciate government for this gesture and thank all those who facilitated the prompt release of the money for the players and the officials. It is a big relief to the NFF that the players have been paid. But it is only their  AWCON money that was paid. The qualifiers for the All Africa Games and Olympic Games are not included ” the NFF Chief scribe explained.

He continued: “We are going to pay them at the exchange rate of N305 per dollar, so if they calculate this, they will know what they are entitled to. We are paying them exactly what government directed and released to us.”

Much recently, the Falcons led by skipper Rita Chikwelu displayed various placards to kick against the shabby treatment they have been subjected to by the NFF over long delay of their dues.

The Falcons have embarked on a sit-in protest at the Abuja hotel since they won a record eighth women’s AFCON almost a fortnight ago.

They have also held on to the trophy they won at the expense of hosts Cameroon, insisting they first be paid off.

They have defied the assurances of sports minister Solomon Dalung, who famously admitted no provision was made to pay them because officials did not expect them to win the championship in Cameroon.

How Governor Emmanuel came to our aid ...