Mercy Abang: Civic journalism and the important role of the Ghanaian Bloggers during elections 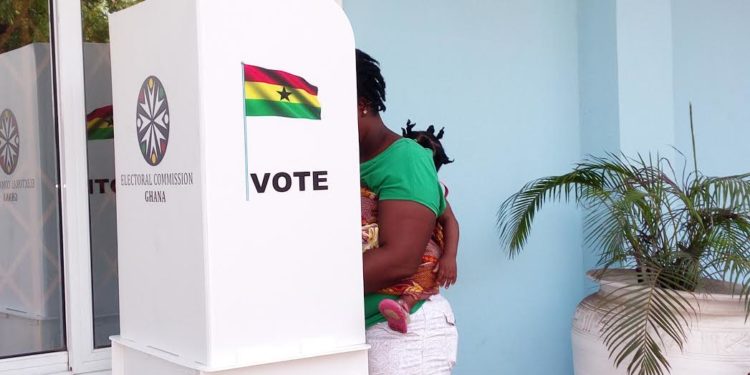 Civic Journalism, especially in Africa where the media is largely controlled by owners or gagged by patronage from state actors, has continued to play a crucial role during elections in Modern world.

Citizen journalists have become important social actors within the scheme of social, cultural and political engagements, especially employing online resources to disseminate multimedia materials and gather information. They interview personalities, cover events, collate facts and publish their findings on their blogs and other platforms.

From Facebook to Twitter; WhatsApp situation room to microblogs, the social media has aided citizen journalism to an unquantifiable extent.

This new reality was ubiquitous in the just-conducted General Elections in Ghana.

Millions of Ghanaians from the 10 regions of the country headed to the polls on the December 7 to cast their ballots in the presidential and parliamentary elections.

A total 15,712,499 registered voters were expected to vote when polls open at 7:00a.m. Young Ghanaians, armed with their smartphones and pocket Wi-Fi devices helped coordinate the historic elections — and their efforts complemented the tasks of elections authorities in no small measure.

Jamila Abdulai is amongst the new generation of Ghanaians who are deploying the social media to increase transparency and maximise the brightness of the civic exercise. Ms. Abdulai, belongs to a group of ardent social media users known across Ghana as Association of Bloggers.

“We’re known in this country as social media enthusiasts,” she told me in a brief interview in downtown Accra. “With our smartphones, we deployed election observers all over the country and fed the information back to the situation room in a bid to actively monitor the elections.”

“As a 26-year-old Ghanaian, I wanted to be part of the elections,” Ms. Abdulai said. “To play an important role in the democratic process.”

For Daron Bandeira, who worked as a volunteer for a political action think-tank, transparency in this year’s election is of the essence.

Although Ghanaian elections in recent decades were largely deemed free and fair by observers, Mr. Bandeira, nonetheless, maintained that citizens can never be too vigilant.

He visited nearly 10 polling stations with his camera, capturing every moment of the elections in each of the 10 neighbourhoods.

“It keeps us involved as young, savvy Ghanaians,” he told me on the sidelines of a polling exercise just outside Accra. “You can go on Twitter to create your hashtag as a young person, get information on where and how to vote then follow the process with your smart phone.”

Ghana Decides is a campaign project that seeks to strengthen the voices of the youth for a peaceful, credible 2016 elections via online and offline collaborative platforms.

With over a 100 members working together in the association, the youth-led group, armed with its mobile devices, coordinated the situation rooms where the Parallel Vote Tabulation (PVT) method was effectively deployed to capture the representation at random sample of the 28,992 polling stations nationwide, votes were electronically transferred to the headquarters.

As at the time of filing this report, the Chief Electoral Commissioner, Charlotte Osei, has not announced the winner of the elections.

However, Klenam Koku Fiadzoe, a volunteer with Blogging Ghana tells me what the ultimate outcome of the election would mean for him and his compatriots.

“I think this work holds a lot for the young people. Mostly giving us a sense of wielding the power to hire and to fire whoever is elected president and when that message sinks in well enough across countries within the continent, not only in Ghana, it would positively send a signal of accountability to leaders.”

Blogging Ghana has been engaged in the political process since 2012. The group launched Ghana Decides in that year to use new media tools to cover the elections and amplify the voice of young people.

The bloggers were involved in the training of democratic institutions, such as the Electoral Commission, to use social media for effective communication during the elections.

“In this election cycle, Ghana Decides has worked with the Ghana Police, the Electoral Commission, the National Commission for Civic Education and other bodies to provide relevant and credible information to the increasing number of Ghanaians on social media.

“We take pride in the fact that the use of social media by state institutions, civil society organisations and the political parties has increased significantly since the last election.”

“Ghanaians are passionate about politics and therefore we cherish our democracy. Many young people born after 1992 have only ever known Ghana as a democracy. Young people are engaged in the political process and social media has been a significant platform for them to express their views,” Mr Jerome tells me.

Ghana Decides 2.0: The VOICES Campaign is a Blogging Ghana project seeks to promote the youth and other marginalised VOICES towards a peaceful, credible, issue-based Blogging Ghana, Ghana’s association of bloggers and social media enthusiasts.

Mercy Abang is a Journalist, she tweets at @abangmercy..