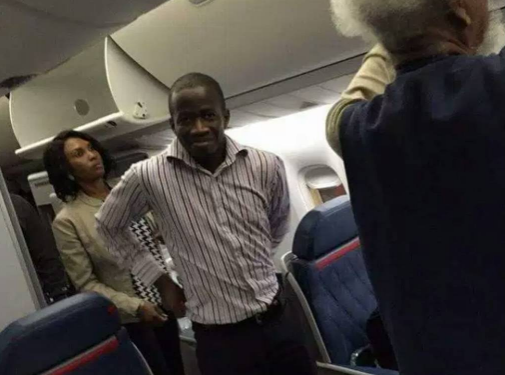 Wole Soyinka, Nobel laureate, has fulfilled his pledge to destroy his green card over the victory of Donald Trump in the American presidential election.

Soyinka, a scholar-in-residence at New York University’s Institute of African American Affairs, had vowed to give up his permanent US residency over Trump’s promise to get tough on immigration.

“If in the unlikely event he does win, the first thing he’ll do is to say [that] all green-card holders must reapply to come back into the US. Well, I’m not waiting for that,” he had said.

“The moment they announce his victory, I will cut my green card myself and start packing up.”

After Trump was declared president-elect, the comment started gaining traction, with many, particularly on social media, asking the scholar to match his words with action.

But speaking at a conference in South Africa, the internationally-acclaimed playwright and poet said he had thrown away the green card and returned to where he had always been.

“I have already done it; I have disengaged (from the United States). I have done what I said I would do,” he reportedly said.

“I had a horror of what is to come with Trump… I threw away the (green) card, and I have relocated, and I’m back to where I have always been.”

Politicians asking me for money – Akeredolu