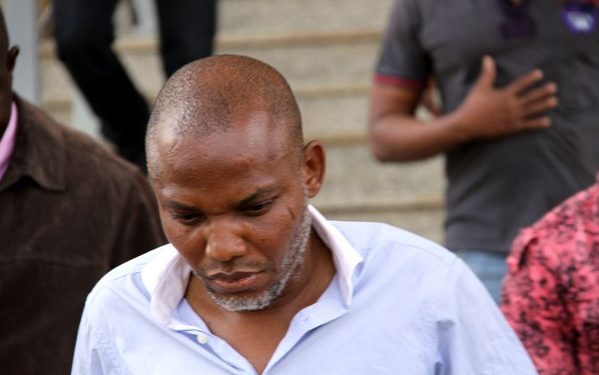 The Leader of the Indigenous People of Biafra, Nnamdi Kanu has had his bail application refused by the Federal High Court according to The Vanguard.

Kanu’s case was decided by Justice Binta Nyako of the Abuja Division of the Federal High Court, Thursday, December 1.

Justice Nyako declined to release the detained leader of the IPOB leader on bail. Nyako equally refused bail applications made by three other pro-Biafra agitators, Mr. Chidiebere Onwudiwe, Benjamin Madubugwu and David Nwawuisi, who are facing trial alongside Kanu.

The four defendants who are answering to an 11-count charge bordering on treasonable felony and their alleged involvement in acts of terrorism, had through their lawyers, pleaded the court to release them on bail pending the determination of the charge against them.

Chapecoense Flight Ran Out of Fuel Before ...