Chapecoense Flight Ran Out of Fuel Before Crashing – Pilot 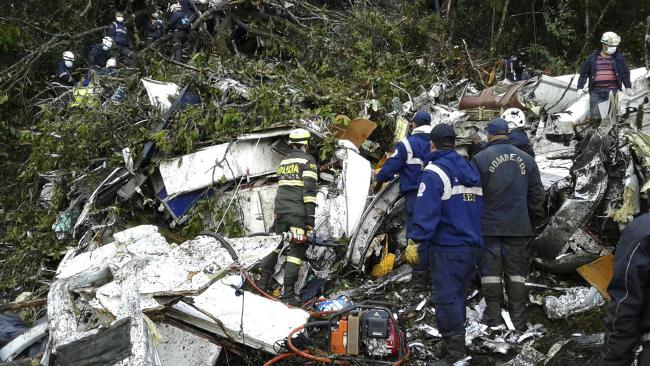 The pilot of the chartered plane that crashed with a Brazilian football team, Chapecoense, on board, told air traffic controllers that he had run out of fuel, before crashing into the Andes.

This was obtained from a leaked recording of the final minutes of the tragic flight.

The pilot of the jet could be heard repeatedly requesting permission to land, due to a “total electric failure” and lack of fuel. Also, a female controller could be heard giving instructions as the aircraft lost speed and altitude about eight miles from the Medellin airport.

The recordings, obtained by several Colombian media outlets, seemed to confirm the accounts of a surviving flight attendant and a pilot flying nearby who overheard the desperate pleas from the doomed airliner.

Another fact that seems to corroborate it, is the lack of an explosion upon impact, which points to a rare case of fuel running out.

John Cox, a retired airline pilot and CEO of Florida-based Safety Operating Systems, said: “The airplane was being flight planned right to its maximum. Right there it says that even if everything goes well, they are not going to have a large amount of fuel when they arrive.

“I don’t understand how they could do the flight nonstop with the fuel requirements that the regulations stipulate.”