Government Did Not Issue Any Directive To Telcos – Shittu 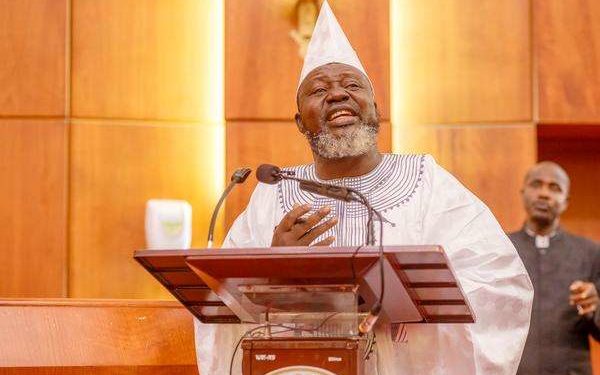 Minister of Communication, Mr Adebayo Shittu, has disclosed that the Federal Government never issued any directive to telecommunications operators in the country to increase prices of data from Thursday, December 1, 2016 as claimed.

The Minister was speaking on RayPower FM’s Fact File.

Network providers claimed they were ordered by the telecoms regulator, the Nigerian Communications Commission (NCC), to raise data tariffs.

Etisalat had sent a message to its subscribers saying “Dear valued customer, effective 1st Dec 2016, we will review our data plans & prices in compliance with NCC directive”.

The Minister said he was never consulted before the announcement was made. He stressed that the government did not authorize the operators to raise the tariffs.

However, he assured Nigerians that the government would look into the matter and continue to protect their interests.

“I can tell you that I was never a party to it (data tariff hike). Government never gave any such instruction. This government believes in democratic process and we would continue to protect the interest of Nigerians. I can assure you we would do that (protect interest of Nigerians),” he said on the radio programme.

Also on the issue of subscribers still getting unsolicited messages from operators, Mr Shittu promised to take steps to stop the menace.

He lamented that he also gets such messages from his operator. “I am also a victim of unsolicited messages from operators, but I promise government will take pragmatic steps to stop this,” the Minister said.