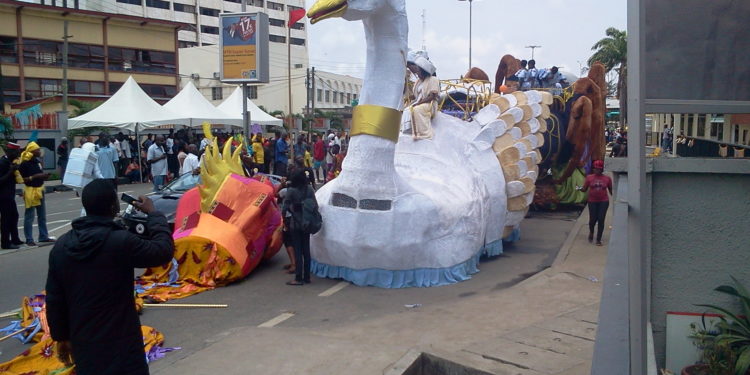 Lagos State Government yesterday said it would shut down Ahmadu Bello Way, Tiamiyu Savage, Akin Adesola and Bishop Oluwole as it holds the maiden edition of its street party next Saturday and Sunday.

The state government urged all residents and visitors to use alternative roads it had already provided to avoid traffic congestion and gridlock on Victoria Island and its adjoining neighborhoods.

The acting state Commissioner for Transportation, Mr. Olarenwaju Elegushi disclosed the whole stretch of Ahmadu Bello Way would be closed to vehicular movement between December 3 and 4 and would lead to Tiamiyu Savage, Akin Adesola and Bishop Oluwole and Ahmadu Bello Way being condoned off as a result.

He added that all traffic into the venue of Lagos Street party would be condoned off at Bishop Oluwole, noting that all with participants parking at Eko Atlantic premises and traffic within Victoria Island would be diverted.
On traffic diversion, the commissioner urged the motorists “to connect to Karimu Kotun and further to Oloosa Street with that journey terminating at the Ocean View end by Eko Hotels. Those coming from Ligali Ayorinde and Ajose Adeogun will also terminate their journey at Eko Hotels.

“Even those from Civic Centre and Ozumba Mbadiwe will also terminate the journey at Eko Hotels. For those existing Eko Hotels, they will travel through the Roundabout to connect Sanusi Fafunwa through Akin Adesola.”
He explained that those returning to Ahmadu Bello “will use Akin Adesola from where they could connect to Falomo, while those going to Falomo would use Akin Adesola to connect Falomo Bridge through Saka Tinubu through Karimu Kotun and Olosa Street.

“Since we are taking this route and restricting movement we feel duty bound to provide information on alternative routes that people can take on the two days of the party. It is our plan to mount and deploy adequate traffic diversion signs and personnel to monitor and montage traffic.”

Also at the conference, Ayorinde said the state government had provided alternative routes for motorists, saying businesses in Victoria Island would not have to close down because of the street party.

He said about 500,000 participants were expected on each day of the Lagos State Street Party, adding that adequate security had been put in place for safety of lives and property.