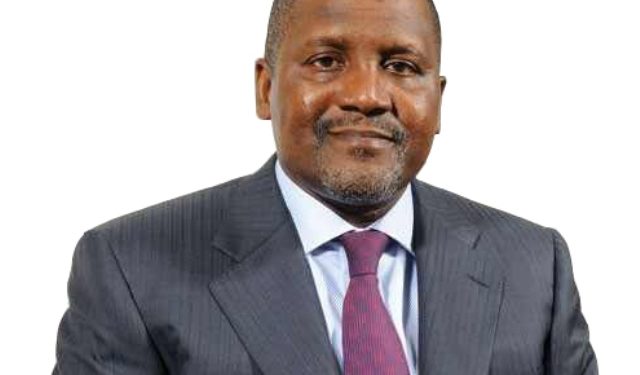 Dangote Foundation has flagged off the distribution of food and other relief items worth over N100 million to IDP camps, thus growing its intervention to N1.3 billion.

The Foundation said its support to the IDPs and other returnees across the North eastern states has grown up to N1.3 billion in the light of recent ugly developments in the camps that necessitated fresh interventions.

The foundation however appealed to individuals and organization to rise up to be counted at this time of hardship for the IDPs, noting that no humanitarian assistance is too small to render to the people in IDPs as most of them are ravaged by hunger.

Dangote Foundation said it’s committed towards poverty alleviation and the suffering of vulnerable people in the society through intervention initiatives that impacts lives positively and engenders socio economic development. “

It would be recalled that since Dangote Foundation commenced its intervention programme in the North East since July 2016 and has since donated 106 trailer load of food items worth 1.3 billion naira in Borno State. The Dangote Foundation will also be committing additional 2 billion naira in supporting government reconstruction efforts in the North East.