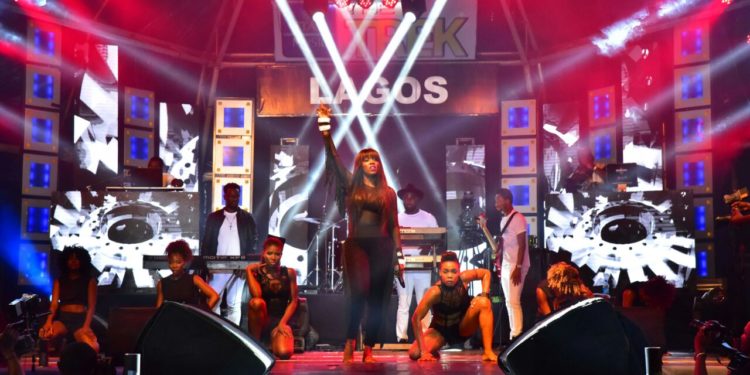 The grand-finale of Star Music The Trek 2016 on Saturday 26th November, 2016 recorded an overwhelming attendance of music fans that thronged to watch performances by Olamide, 2Baba, Tiwa Savage, D’Banj, Ycee, Burnaboy, Simi and Falz at the Eagle Club in Surulere, Lagos.

The concert venue was packed by several thousands of revelers who couldn’t get enough of the artistes.

Headliner for the finale, Olamide opened his performance with “Goons mi” before launching into “Lagos Boys”.

Though, Olamide had to briefly leave the stage as some fans got over excited and struggled to get a closer glimpse of him.

Olamide returned minutes later to conclude what can be described as a curtain call for this year’s edition of Star Music The Trek.

Star Music The Trek had toured Makurdi, Abuja, Calabar including Owerri and converged on Lagos for the epic grand finale.

Nigerians to pay VAT on passports – ...