I get Funny Names because of my Figure – Ronke Odusanya 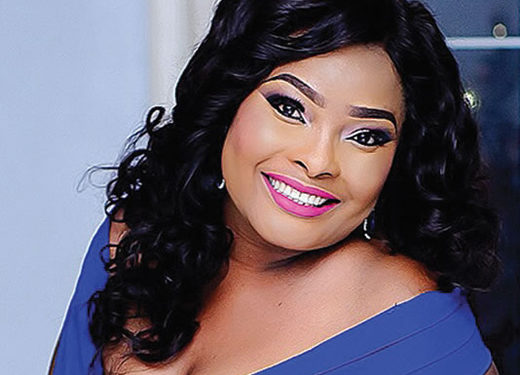 Nollywood Actress, Ronke Odusanya, has revealed that she gets funny names due to her provocative figure.

In an interview published by Punch News on Sunday, November 20, 2016, she mentioned that people call her Cowbell and often stare at her seductively when she goes out in public.

“People say I have a provocative figure but I did not create myself.

“When I was younger, people used to taunt me and I would cry.

“Over time, I have come to love my body irrespective of whether I have unusually large breasts or buttocks.

“When I walk on the streets of Lagos, men look at me in a seductive manner but I don’t care as long as I am not indecently dressed.

“In fact, some people scream obscenities at me. Some call me Cowbell and I either laugh it off or just ignore them.”

Igbo People will Survive on their Own ...