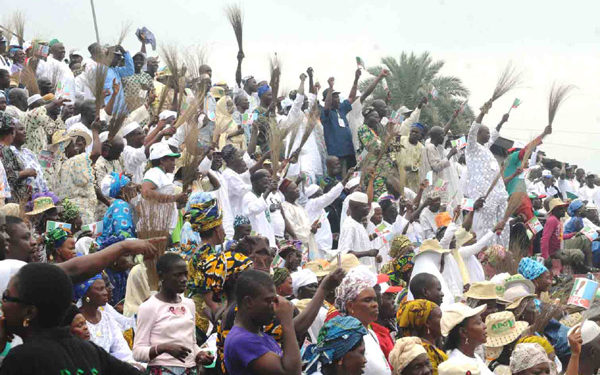 All Progressives Congress (APC) National leader, Asiwaju Bola Tinubu and three of the APC  Southwest governors were yet again not at the campaign rally of the party held in Akure, the Ondo State capital on Saturday.

The reason for their absence was not known at the time of this report.

However, President Muhammadu Buhari and governors of Imo, Plateau, Kano, Ogun, Jigawa, Edo, States were present at the rally

Speaking at the rally, the Chairman  APC Governors’ Forum, Mr. Rochas Okorocha, said all the governors of the party were behind the candidate of the of party, Mr. Rotimi Akeredolu.

He said, “Ondo State must join the progressives states in Nigeria, therefore we must vote for him and he will win the election. Akeredolu rejected federal appointments because he loves you people. He wants to serve you, so vote for him.”