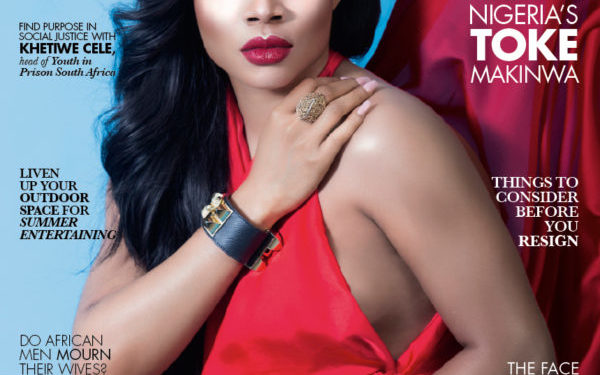 EOA prides itself on giving African women across the continent a voice.

This cover marks the start of Toke Makinwa’s 6-month promotional book tour for her soon-to-be-released memoir, ‘On Becoming’. Toke’s book tour will roll out with a Book Launch in Lagos, Nigeria on the 27th of November and quickly after South Africa, Kenya, United Kingdom and United States.

Dates for Toke’s South African tour will be soon released for fans across major South African cities including Cape Town and Johannesburg.

‘On Becoming’ goes on release on the 28th of November 2016 in bookstores across Africa and will be available online via Kindle, Amazon, OkadaBooks and others.

None of Shagari, Babangida, Obasanjo, Jonathan has ...